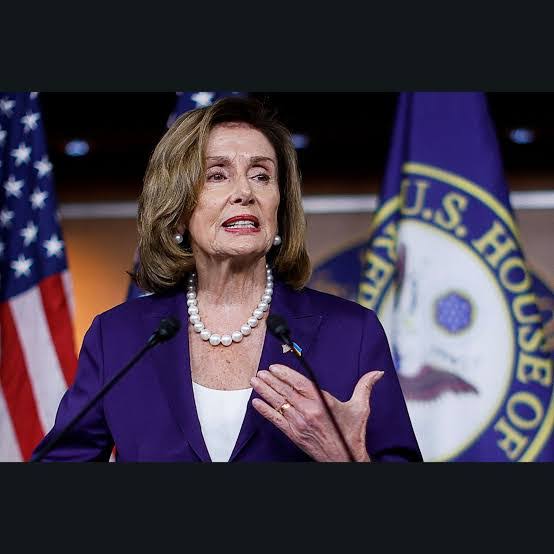 Beijing had warned Washington that it would ‘pay the price’ if the US House speaker visited Taipei.

The speaker of the United States House of Representatives, Nancy Pelosi has landed in Taiwan for a controversial visit to the self-ruled island, offering “unwavering commitment” to supporting its democracy, as already heightened tensions with China escalate.

The US House of Representatives speaker’s plane landed at Songshan airport in Taipei at about 10.45pm local time (1545 BST) on Tuesday. She was greeted by Taiwan’s foreign minister, Joseph Wu, and the US representative in Taiwan, Sandra Oudkirk, and is expected to meet the president, Tsai Ing-wen, on Wednesday morning.

China, which regards Taiwan as its territory, has repeatedly warned of retaliation if Pelosi visits, saying its military will “never sit idly by”. Shortly before Pelosi’s arrival, Chinese state media reported that Beijing’s Su-35 fighter jets were flying across the Taiwan strait.

Pelosi tweeted shortly after her arrival that the visit honoured the US’s “unwavering commitment to supporting Taiwan’s vibrant democracy”.

“America’s solidarity with the 23 million people of Taiwan is more important today than ever, as the world faces a choice between autocracy and democracy,” she said.

“Our visit is one of several congressional delegations to Taiwan – and it in no way contradicts longstanding United States policy.”

An opinion piece by the House speaker published by the Washington Post after she landed said Beijing had intensified tensions with Taiwan and “this vibrant, robust democracy – […] proudly led by a woman, President Tsai Ing-wen – is under threat.” Her article also referenced China’s actions in Hong Kong, Tibet and “genocide” against Uyghurs.

READ ALSO: China threatens US will pay the price if Pelosi visits Taiwan

She continued: “In the face of the Chinese Communist party’s (CCP) accelerating aggression, our congressional delegation’s visit should be seen as an unequivocal statement that America stands with Taiwan, our democratic partner, as it defends itself and its freedom.”

“The US should give up any attempt to play the Taiwan card.”

Earlier on Tuesday, Hua accused the US of “reckless disregard” and said it would be “held liable and pay the price for hurting China’s sovereignty and security interests”.

The visit appeared to have prompted high levels of military movement and preparations among the Chinese, Taiwanese and US militaries.

China’s People’s Liberation Army (PLA) reportedly moved several warships and planes near the median line – an unofficial border between China and Taiwan in the Taiwan strait. According to multiple social media posts it also drove dozens of tanks and other armoured vehicles through the Chinese mainland city of Xiamen, which is just three miles (5km) across the water from Taiwan’s outlying Kinmen Island.

Taiwan’s defence ministry reportedly increased its military alertness for the next four days and warned it would appropriately dispatch forces in reaction to “enemy threats”. In a statement it said it had the “determination, ability and confidence” to ensure Taiwan’s national security, and had made various unspecified plans for an emergency.

Reuters earlier reported four US warships, including a carrier strike group led by the USS Ronald Reagan, were positioned in waters east of the island on “routine” deployments.

A number of analysts have told the Guardian that a hostile military act from China is unlikely, but that the response was likely to exceed any others in recent years. Some, including senior Taiwanese figures who spoke on condition of anonymity, expected any significant act to occur after Pelosi departed, to avoid a confrontation with US military assets.

They also noted a response could include punitive economic action. On Tuesday, Chinese authorities announced a sudden ban on imports from more than 100 Taiwanese food companies, which was interpreted as an act of retribution over the expected visit, a trade tool China has often used in bilateral disputes.

Pelosi is expected to stay in the Grand Hyatt hotel on the outskirts of Taipei city, before meeting Tsai on Wednesday morning. The stop was unannounced and not included on the official itinerary of her Asia tour, which included Singapore, Japan, Malaysia, and South Korea.

Taiwan is conducting a balancing act of maintaining the safety of the status quo with China while nurturing international relationships. Taiwan officials would not comment on the highly anticipated visit before Pelosi’s arrival, other than to say it always welcomes the visits of foreign friends.

Pelosi is the latest in a long line of foreign delegates to visit Taiwan in recent years, but Beijing took significant exception to her seniority as the speaker of the House, and appeared to disbelieve that the US separation of powers meant Biden had no power to order her not to go.

The visit has drawn extraordinary levels of interest.

On Tuesday afternoon, almost 300,000 people were tracking a US air force flight that was potentially carrying the speaker’s delegation. There were two USAF planes in Malaysia after a second was flown in from Japan that morning.

Pelosi’s flight took a non-direct path from Kuala Lumpur, detouring over Indonesia and the Philippines, avoiding the South China Sea to fly in from Taiwan’s east coast. Among the concerns about China’s reaction were fears it would send PLA aircraft to intercept or tail her plane into Taiwan’s airspace.

Outside Songshan airport, crowds of supporters gathered to welcome Pelosi. Father and son and Timothy Lee stood with hand-drawn signs “USA Taiwan, welcome Nancy”. Timothy told the Guardian that Pelosi had risked her life to show support for Taiwan. “We should be good hosts.”