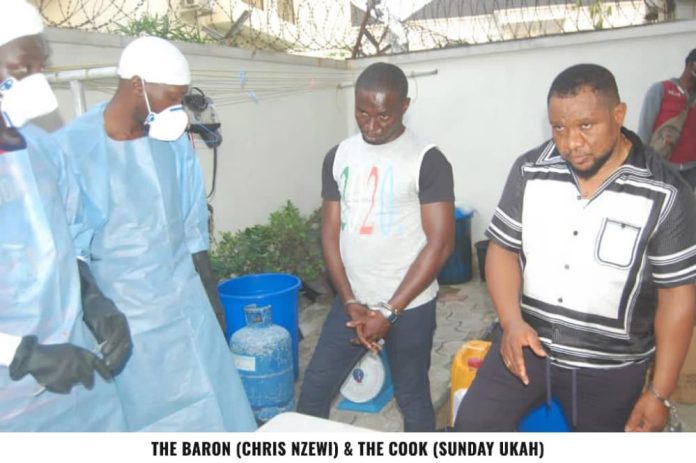 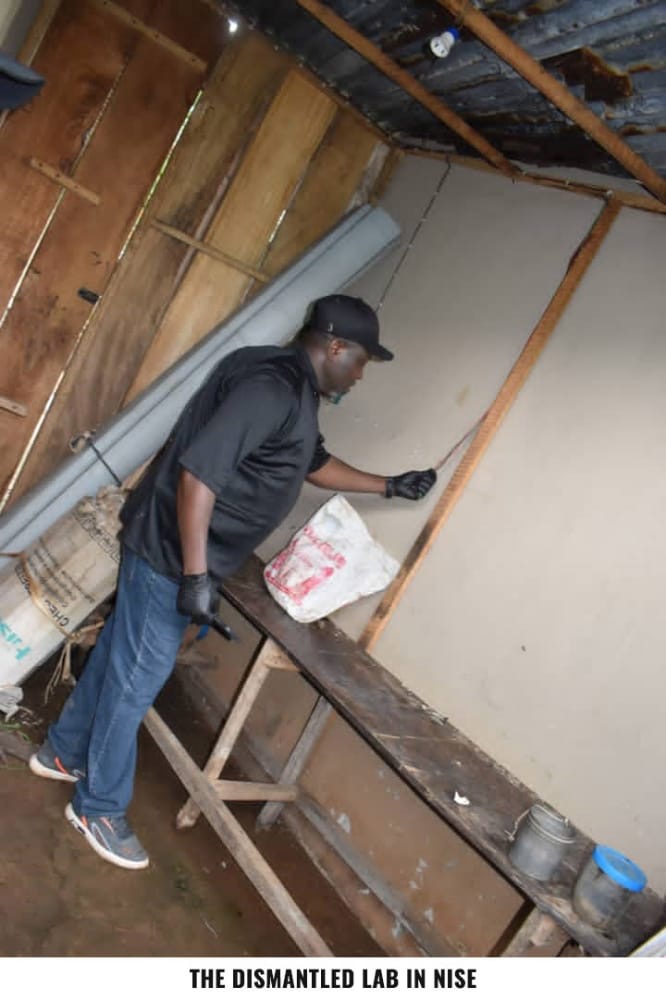 NDLEA Chairman Brig. Gen. Mohamed Buba Marwa (Retd) disclosed this on Tuesday 2nd August 2022 when he addressed the media on the development. 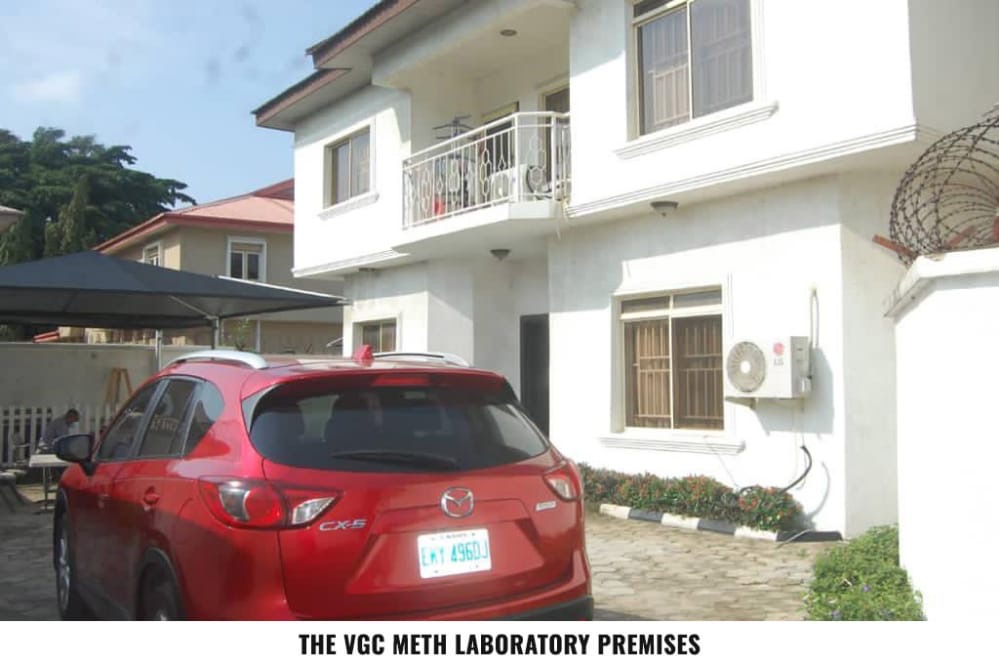 He said following the outbreak of crystal methamphetamine abuse in the last quarter of 2021, predominantly in the South East and the cry for help from many communities in the region because of the devastating effects the distribution and abuse of the dangerous stimulant drug were having on their youths and others, the Agency deployed all available assets to find the primary source of manufacturing of the drug in Nigeria and arrest the barons behind it.

Marwa said while efforts in the past seven months against the cartel behind the Methamphetamine scourge, have led to the arrest of four kingpins and a cook; “now, we have added two barons and another cook. 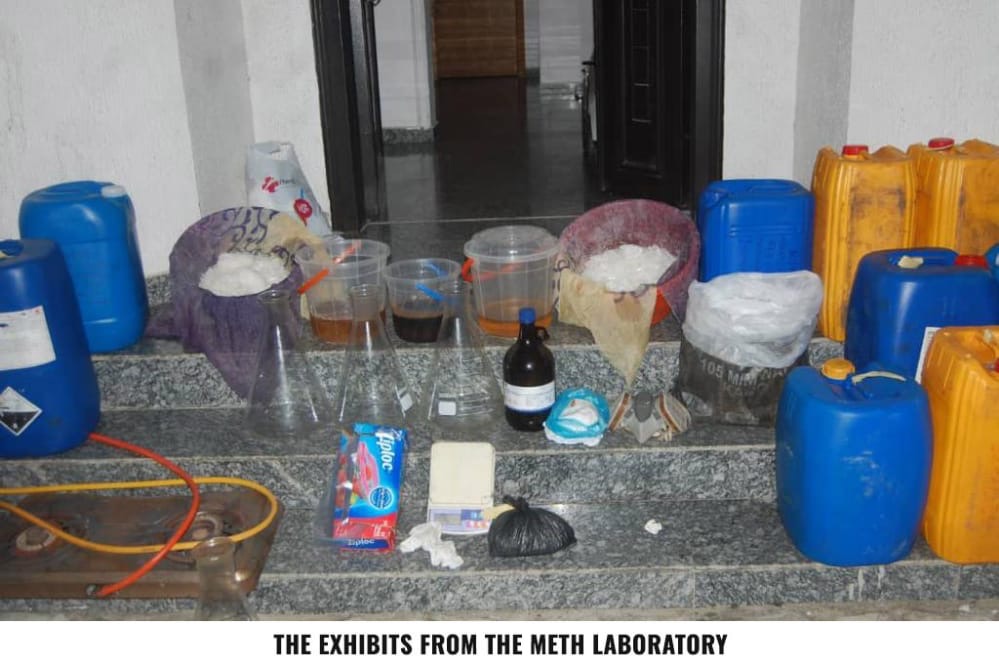 This no doubt is a loud statement to those involved in the criminal illicit drug trade that it’s time for them to quit or risk losing it all; that is losing their freedom, investment and assets acquired through proceeds from the illegal business.”

According to him, “I am pleased to inform the public today that, after months of painstaking intelligence gathering, diligent tracking and coordinated offensive action, we recorded a breakthrough on Saturday, July 30, 2022, when officers and men of the Agency successfully busted two methamphetamine manufacturing facilities, called Meth Laboratories. 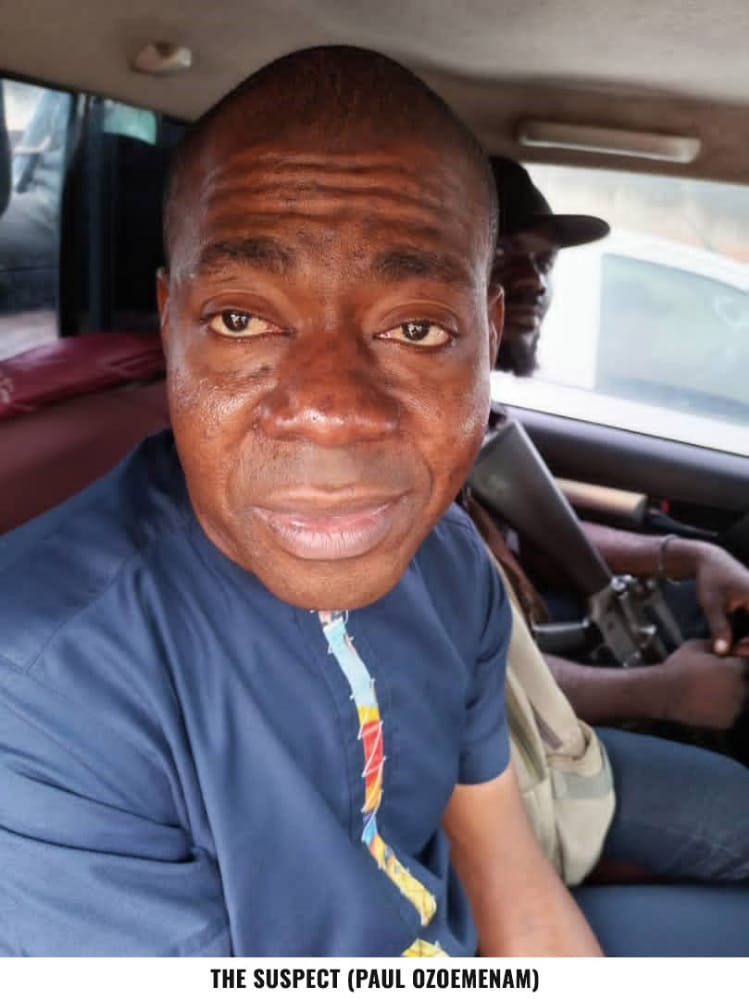 “The first one, located in Victoria Garden City (VGC) Estate of Lekki, Lagos, is owned by a baron, Chris Emeka Nzewi, while the second, in Nise Community of Awka South Local Government Area of Anambra State was owned by Paul Ozoemenam.

“The owners of these two illicit meth laboratories were successfully arrested alongside Sunday Ukah from Aba, Abia State, the cook or chemist that produced the drugs for them.

“The laboratory in Lagos was set up inside the Boys’ Quarter building of a four-bedroom duplex. From there, we recovered a total of 258.74 kilograms of crystal methamphetamine and various precursor chemicals used for the production of the toxic drug. 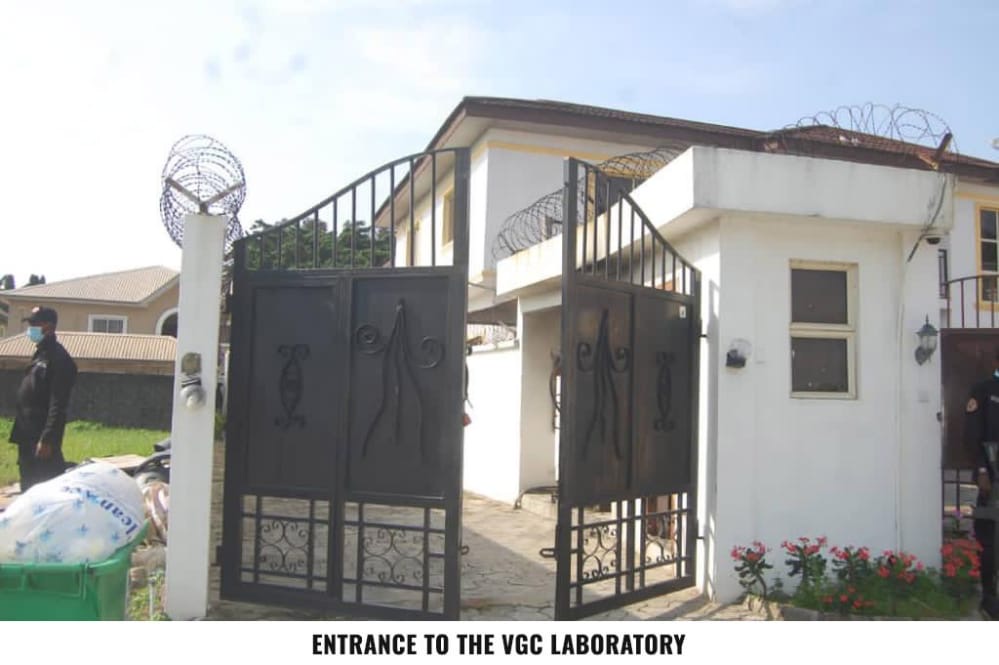 He said he’s addressing the public about the weekend busts to raise people’s awareness of the danger that meth production constitutes to public health and the modus operandi of the barons involved in the unwholesome activity.

He said, “the owner of the laboratory in VGC, for instance, was producing this highly unstable and toxic drug in a house where he lived with his family.

“This speaks volumes about his insensitivity to the consequences of exposing his family, which includes a three-month old baby, to the danger of hazardous chemicals. If that is the case, that is an indication that public health was of no concern to him.

“In this particular case, aside from the laboratory being close to the kitchen of the main house, the waste from the laboratory was channeled into the septic tank and soakaway in the compound, with a high risk of contamination of the water table of the entire neighbourhood.

“On average, the lab produced 50 kilos of methamphetamine every week with plans underway to increase the capacity of production to at least 100kg per week. Where do these drugs end?

“From our preliminary interrogation, we now know the drugs from this lab were both for export and local consumption. We also know there is a supply chain of distributors and buyers for export and the domestic market. 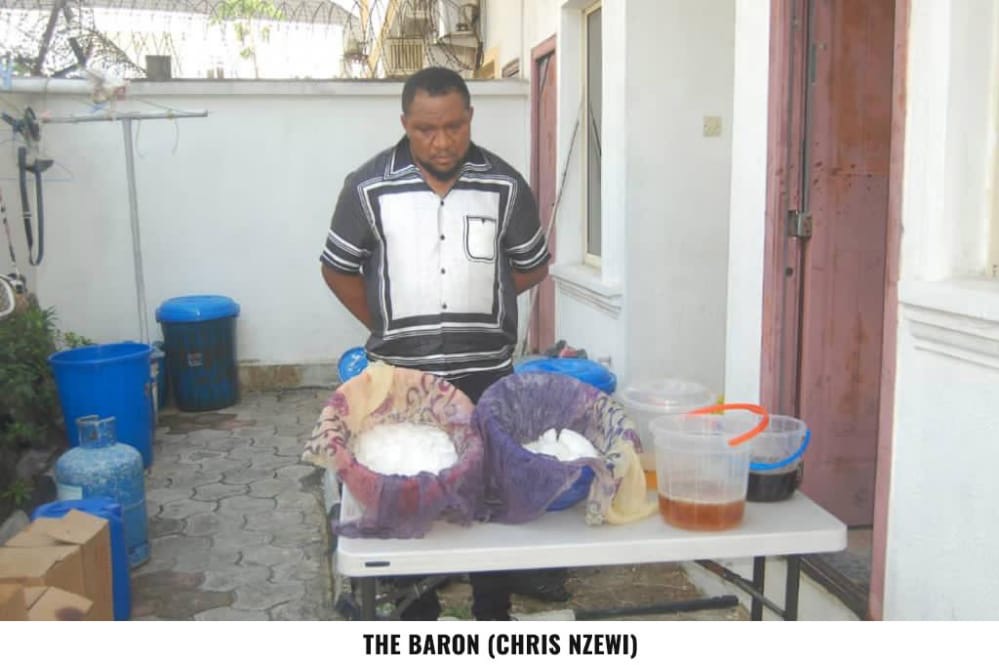 “When you consider the fact that the price of this dangerous drug was going for as high as US500, 000 per kilo in the international market in recent time, you will understand why Nzewi cared less to put the lives of his own family at risk by producing this in the same house where they live. Hence, taking these two labs out of operation is a major feat in our continuing effort to curb the meth problem.”

The NDLEA boss said the lab busts also exposed the interconnectivity among syndicates involved in meth production, adding that the cook was hired by both producers to produce for the VGC lab, as well as the lab in Anambra.

He urged members of the public to be sensitive to their environment. “As we step up the offensive against drug traffickers, we want the public to be more vigilant and be aware of the fact that producers of methamphetamine always choose unsuspecting environments with tight security, like the VGC estate, in this case. And the reason is not far-fetched: They choose secured estates to prevent law enforcement agents from monitoring their activities”, Marwa said.

“They also locate meth labs in remote unsuspecting communities where residents would not be aware of their activities.

“It is very important to note that the waste from methamphetamine production is dangerous to the ecosystem. The chemicals are toxic and once they seep into the soil, they contaminate the water table from which surrounding wells and boreholes draw their water.

“And citizens who unwittingly consume the water from such sources are exposed to heart and kidney ailments and other organ diseases. Neighbours, too, who inhale gases from the lab, are also susceptible to the same risk. What makes it worse is that the production usually takes place in the middle of the night, between 11 pm and 4 am, and therefore, unsuspecting neighbours could have been exposed to the hazards for months or even years.”

Marwa commended the professionalism of the intelligence led special units assigned the task. “Our forensic experts and the 200-man strike force team that we deployed who were the operational arm that executed the mission of dismantling the labs, seizing the crystal meth, precursors, paraphernalia and arresting the culprits.”