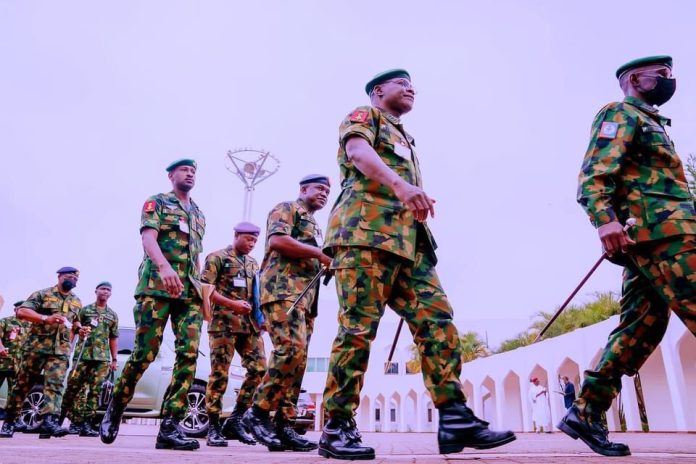 The Leadership of the Senate is meeting with the service chiefs over the security crisis in the country.

The bi-partisan closed-door meeting with the Service Chiefs is aimed at reviewing the current security strategies and discuss new solutions.

Speaking at the commencement of the meeting, Senate President Ahmad Lawan said the security challenges have lingered and the Senate had hoped that the situation would have been better.

Lawan said the situation is frightening, adding that there is nowhere to hide or go. He stressed that it is dire at this time to come up with an effective solution, as the crisis is dislocating where the head of government is situated.

Senator Lawan while noting that security agencies are doing their best, stressed that more can be done.

Responding, the Chief of Defense Staff General Lucky Irabor said a lot is being done to improve security.

General Irabor emphasized that the troops are still committed to the cause, adding that no one is leaving any stone unturned in addressing the problem.