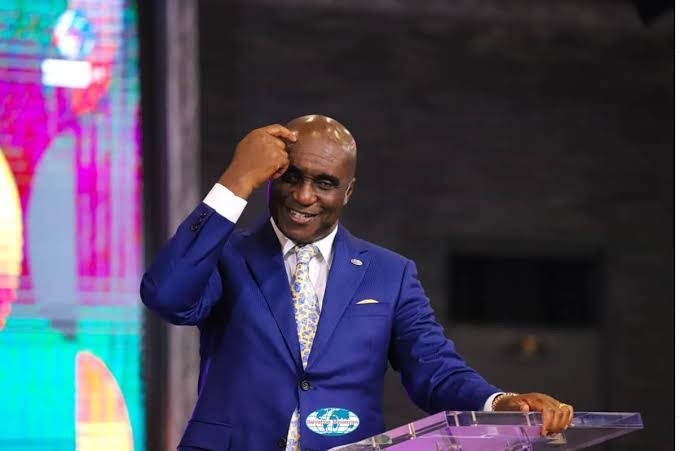 Pastor David Ibiyeomie of Salvation Ministry has cautioned Nigerians against voting the wrong political party in 2023.

Ibiyeomie warned that the naira would hit to ₦5,000 per dollar if Nigerians vote the wrong political party or candidate in 2023.

Addressing members of his church in Port Harcourt, the Rivers State capital, Ibiyeomie said Nigerians would suffer if they vote the wrong political party.

“I’m talking as a man of God, make the mistake of voting the wrong person and the naira would tumbler to N5,000.

“If you don’t want naira to tumble to ₦5,000 better tell yourself what to do.

“He said woo to you who vote people with nothing in their head.”