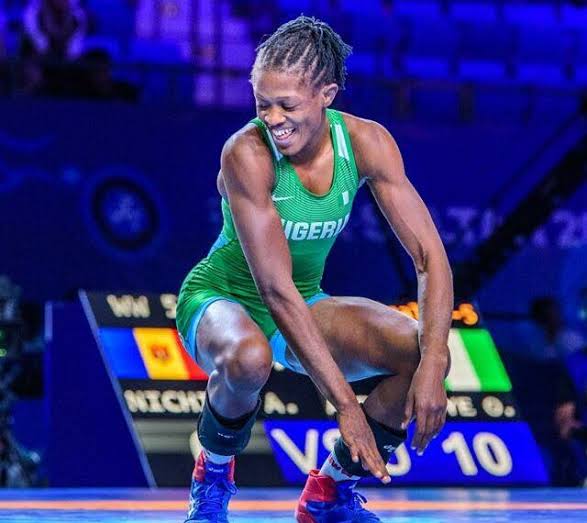 Nigeria’s Odunayo Adekuroye has won gold in the women’s 57kg freestyle wrestling at the 2022 Commonwealth Games.

Adekuroye defeated India’s Anshu Malik 7-3 on Friday in Birmingham to help Nigeria to its first gold medal in wrestling.

The 28-year-old came under pressure but was equal to the challenge from the Indian.

Earlier in the day, Tobi Amusan admitted she is “exhausted” after winning world 100m hurdles gold last month but the Nigerian world record holder looked impressive on Friday as she cruised through to the Commonwealth Games final.

Amusan began the defence of her crown by finishing top of the qualifying times in 12.40sec, in windy conditions.

“The mental part is there and the physical part is also done,” said Amusan. “But I’ve been so exhausted after those championships.

“I’m just trying to hang in there and finish the season strong.”

The 25-year-old Nigerian, who sported the logo “No Plastic Waste” on her tracksuit — is the favourite but are a clutch of rivals who could trouble her.

The other two potential challengers, England’s Cindy Sember and Jamaica’s Danielle Williams, are attempting to reboot their careers.

Sember, who has failed to build on her fourth-place finish in the 2016 Olympic final in Rio, looked more like her former self as she cruised through her heat in 12.67sec.

She showed a clean pair of heels to 29-year-old Williams, who won the 2015 world title.