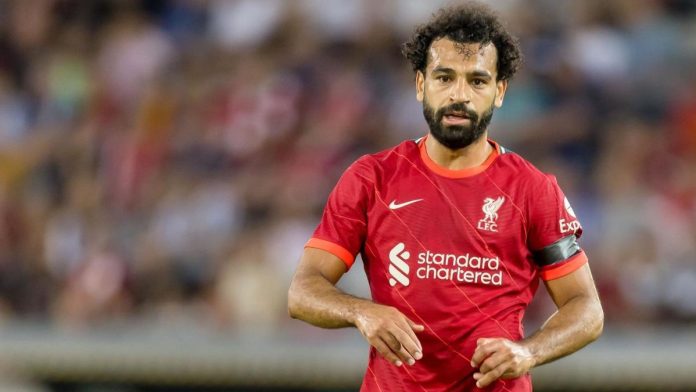 Liverpool were held to a 2-2 draw vs newly-promoted Fulham in their first League game in the 2022/2023 season held at Craven Cottage on Saturday.

The Reds needed a late goal from Mohamed Salah to earn a point after Aleksandar Mitrovic gave his club a brilliant start to their Premier League campaign following their return to top-flight football.

Fulham started the game with unabating force and deservedly took the lead in the 32nd minute when Mitrovic rose to head home a Kenny Tete’s cross.

Luis Diaz then attempted to restore parity but had his effort crash into the post. Fulham, who ended the half 1-0 ahead, could have made it 2-0 when Neeskens Kebano hammered a low effort into the base of the post from a tight angle.

However, a tactical decision by Jurgen Klopp paid dividends after Nunez got a slice of luck to convert Mohamed Salah’s cross, thanks to a deflection off Fulham centre-back Tosin Adarabioyo.

Liverpool then managed to keep Fulham subdued, opening up chances for themselves with Nunez at the centre of everything. Unfortunately, they couldn’t capitalise on their purple patch before they were again punished by another Mitrovic goal.

Mitrovic’s quick feet on the break drew a clumsy foul from Virgil van Dijk in the penalty area. The Serbian striker picked himself up and buried the penalty to make it 2-1.

Fulham could have walked out with a famous victory but had their hard work tarnished by a clutch effort by Mohamed Salah, who scored in the 80th minute to make it 2-2.

The Reds attempted to steal the game from the juniors through a stunning long-range Jordan Henderson effort that rattled the bar.

However, both teams will now have to be satisfied with their hard-fought point on a tough opener to their respective league campaigns.