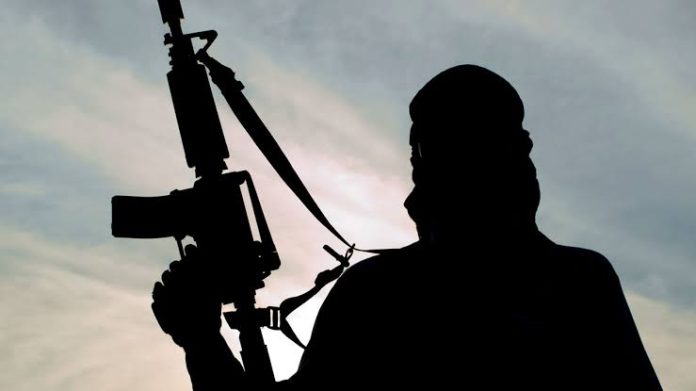 There was tension in Izombe community in the Oguta Local Government Area of Imo State, after gunmen invaded the community, shooting and destroying so much property

Residents fled into the bushes from their homes for safety following the incident.

Some persons had accused members of the Ebubeagu security outfit of being responsible for the shootings. However,  it was yet to be independently verify the information as of the time of filing this report.

This development came barely ten hours after some gunmen invaded a neighbouring community, Agwa, and killed four police officers and an Okada rider.

They also attacked the Agwa police station, burning the building and vehicles.

One of the natives at Izombe told newsmen that he was writing to him from hiding.

He, however, said afterwards that some soldiers had arrived the community to remedy the situation.

He said, “Our community is under siege now. Ebubeagu have invaded our community, shooting indiscriminately, burning vehicles and destroying shops. They came from Agwa. Our lives are not safe. Please alert security agents.”

Another source said he had ran into his house with his family and shut the doors.

He said ” we have locked ourselves inside and we are here praying to God. They are shooting randomly and destroying things. This is so scary. But I am hearing that soldiers have arrived now to combat them.”
The police spokesperson, for the command, Micheal Abattam, had yet to respond to inquiries concerning the incident.