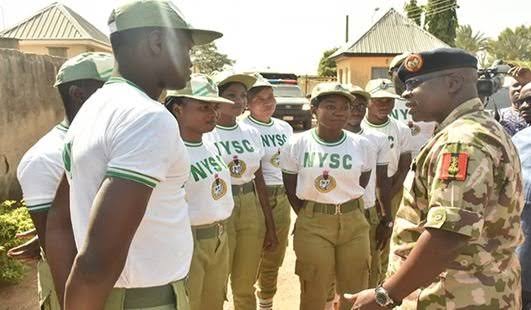 The Director-General of the National Youths Service Corps, Brigadier-General Muhammed Fadah, has warned corps members rejecting postings to their places of primary assignments that they risk having the period of their NYSC service extended.

Fadah, who made the above declaration when he visited Katsina NYSC Orientation camp, as part of his nationwide tour on NYSC formations, further warned corps members to strictly adhere to the rules and regulations of their camps.

He also lectured them on security tips, the need to respect people, culture and constituted authorities.

He said “We keep making efforts to ensure that both the public and private sectors do not reject Corps members. The scheme is not also unmindful of the fact that Corps members often induce their rejections.

The Corps members should know there is a penalty for inducing rejection, “which includes extension of service.”

The DG assured corps members of their safety in their various orientation camps throughout the country.

The Katsina NYSC Coordinator, Hajiya Aisha Muhammed in her speech, told the Director General that 752 corps members had already been registered for the orientation service.