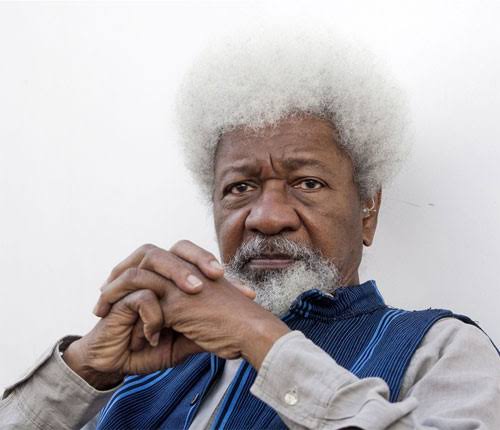 Muslim Rights Concern (MURIC) has disagreed with Nobel laureate, Professor Wole Soyinka on the issue of hijab as part of school uniform.

However, MURIC agreed with Soyinka on the acceptability of the Muslim-Muslim ticket.

On hijab, the Islamic group insisted that uniformity should not lead to the annihilation of any culture, adding that it is a spiritual garment.

MURIC disclosed this in a statement through its director, Professor Ishaq Akintola, on Monday.

MURIC’s statement read in part, “Nigeria’s Nobel Laureate, Professor Wole Soyinka, spoke about Muslim-Muslim ticket and the use of hijab on Tuesday, 2nd August 2022. He saw nothing wrong with the former but frowned at the latter. While we agree with him on the former, we find his hypothesis on the latter full of holes.

“The respected Nobel Laureate had said, “There is one other thing going on in my mind. And I think we have the experts here who will talk about it. There are some schoolchildren over there. And one wonderful thing about them for me is that they are in uniform. In other words, I cannot tell which one is a Christian, which one is a Muslim, which one is an Orisa worshipper, which one is a Zoroastrian, and which one is a Buddhist. They are school children.”

“A school uniform for Muslim female students without hijab is alien to Muslim culture. What Muslims accept as school uniforms for their girls is one with a head covering. It is Christians who do not mind uncovering their heads in public. We do, and our value system should be respected if there is tolerance in society. Why are educated Nigerians unwilling to tolerate hijab? Who did this to Nigeria?

“If people gather in a hall in Britain or America with Africans among them, should the whites compel the blacks to dress like them? Must we all be in suits? Should one culture dominate the other? God created us in different shapes and colours. We have different cultures attesting to our heterogeneity. No attempt should be made to force everyone to adopt a particular culture.

“By the way, female Muslim students who are demanding hijab are not asking to use uniforms different from what other students are using. They will wear the same uniform, but they will add a head cover of the same stuff and colour with the uniform.”