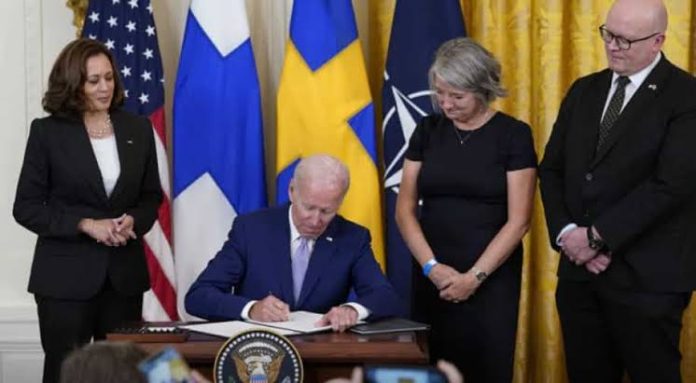 US President Joe Biden has signed the ratification documents to accept Sweden and Finland into NATO, bringing the northern European countries closer to becoming members of the alliance.

Biden said the US was the 23rd country to formally approve the countries’ membership bids. The US Senate had overwhelmingly backed expanding NATO to include Finland and Sweden in a 95-1 vote last week.

All 30 NATO allies are expected to accept their applications.

The two countries began seeking NATO membership after the Russian invasion of Ukraine earlier this year.

“Putin thought he could break us apart … weaken our resolve. Instead, he’s getting exactly what he did not want. He wanted the Finlandisation of NATO, but he’s getting the NATOisation of Finland along with Sweden,” Biden said.