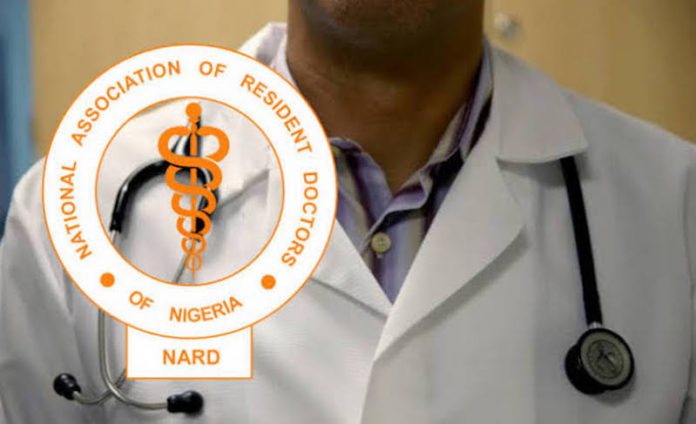 The Federal Government has commenced discussions with the Nigerian Association of Resident Doctors over their demands.

The Publicity Secretary of NARD, Dr. Yusuf Alfa, disclosed this in an interview with reporters.

The resident doctors had on July 30, 2022, issued a two-week ultimatum to the Federal Government to implement all the agreements it had with the association or it will embark on an indefinite strike.

The doctors are asking the Federal Government to expedite action on the payment of the newly reviewed Medical Residency Training Fund to enable its members to meet up with the closing date of examination registration as advertised by the National Postgraduate Medical College of Nigeria.

They are also demanding the immediate implementation and payment of the new hazard allowance and arrears as contained in the circular from the National Salaries, Income and Wages Commission.

NARD is seeking the payment of the skipping arrears for 2014, 2015, and 2016 to deserving members; the immediate payment of consequential adjustment of the minimum wage to members who have been deprived since it was implemented several years ago.

Other demands include an immediate review of the Consolidated Medical Salary Structure and other related allowances given the current economic situation in the country; payment of salary arrears for doctors in Abia (26 months), Imo (10 months), Ondo (five months), Ekiti (three months), and Gombe (two months) states; among others.

Meanwhile, Dr. Alfa told reporters that the association is meeting with government officials regarding its demands.

“So far, so good, we are getting some positive responses from those we are meeting but it has not transmitted to what we want. On the state governors owing our members months of salaries, some of them promised to pay part of it but nothing has been done.

“As regards the hazard allowance, and Medical Residency Training Fund, there is some progress being made even though it’s slow but we will hope that all of these are resolved before the expiration of our ultimatum.

“We have gotten some circulars regarding the MRTF but the monetary aspect of it is yet to come. For the hazard allowance, the process is ongoing but we have not seen anything regarding the payment yet.”

The Minister of Health, Dr. Osagie Ehanire, is yet to give an official statement regarding the report.