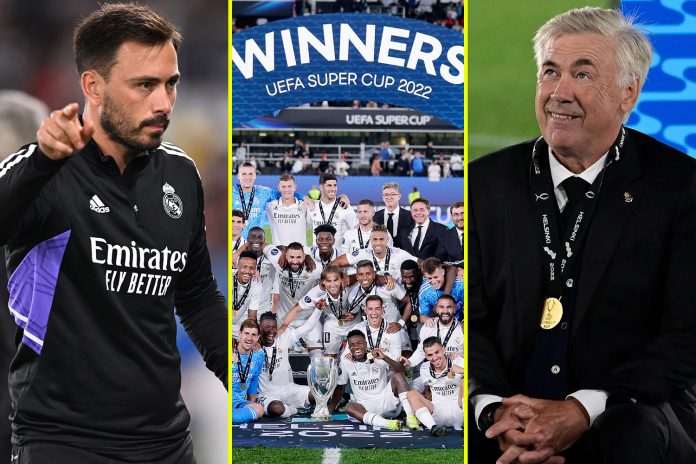 Real Madrid boss, Carlo Ancelotti has said that his son Davide will take over from him when he retires from managerial duties.

Davide is currently an assistant coach at Real Madrid, following his father’s footsteps.

The Spanish football powerhouse have already won the Spanish Super Cup, LaLiga and the Champions League this year.

The UEFA Super Cup was Ancelotti’s 24th trophy in his 27 years as a manager and he further broke another record by becoming the first manager to lift the trophy for four times.

And speaking to reporters after the victory, the Italian boss suggested his legacy could be carried on by his son.

Ancelotti’s son, Davide is currently an assistant coach at Real Madrid and the Italian said, “he’s an assistant, for sure, he’ll be a coach in the future.”