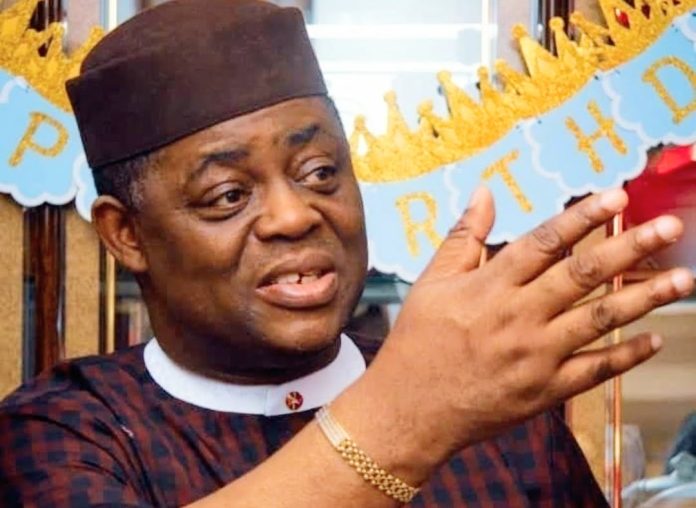 George had attacked Tinubu in an interview on Channels TV on Wednesday night, challenging him to answer questions regarding alpha beta and the rest.

But Fani-Kayode said it was clear that George had some personal axe to grind with Tinubu, saying for him, “it is tragic to see an elder statesman and someone I have immense respect for to stand on TV and begin to use words like clown, this and that and the other, against a man that has been a contemporary of his over the years.

“They may have political differences but to bring such personal animosity and angst to the political arena, it is something that gives me deep concern. I think he is obsessed, I think he is delusional, I think it is hatred for Asiwaju Bola Tinubu has beclouded his judgement.”

Fani-Kayode added that there is nothing that Tinubu could ever do to appease people like Bode George.

Fani-Kayode, in an interview on Channels TV’s Politics Today, said the insinuation that George had that elections had been rigged in Lagos since 1999 and that since there is now a new electoral act, Lagos would fall to PDP in 2023, did not hold water.

Fani-Kayode added: “I find it difficult to sit here and listen to so many things this man has said, it is unfortunate, I think we should take our personal obsession out of this, let us stick to the issues, let us be reasonable and rational and not come here and make absurd case.”

On the issue of corruption allegation George levelled against Tinubu, Fani-Kayode said there was no issue of corruption or maleficent on the part of Tinubu when it comes to Alpha Beta, “when it comes to something else, these things have been said over and over again. Nothing has been proved, EFCC, and ICPC have not gone after him, he has not been indicted even by the Obasanjo’s government, and after the Obasanjo government when APC came in.

“All these years, same questions being asked, he knows the answer, instead of asking questions, let him tell us what the answers are and we take it from there. It is wrong to continue to impugn the character of somebody that has done so well to his people and to this nation and continues to rise, we are not talking about.

“We are not talking about Bola Tinubu and Lagos State alone anymore, this man has emerged the presidential candidate of the largest party in this country, backed by millions of people in this country who see their hope and aspiration in him. That should be respected instead of continuously going on about Alpha Beta, who did this, what, the world does not begin and end in Lagos State.”