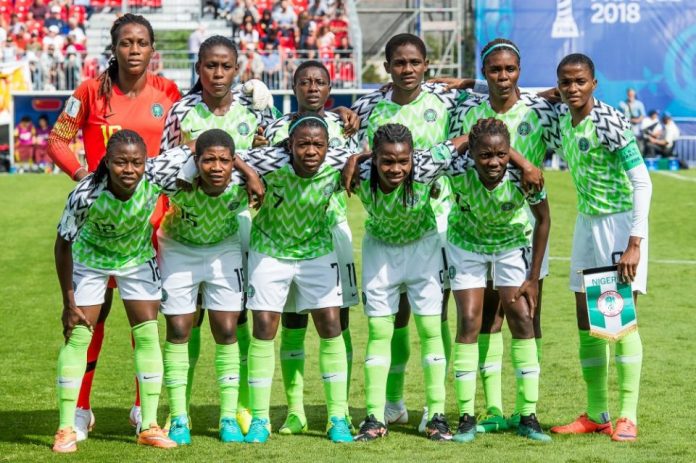 After reaching the quarter-finals of the FIFA Under-20 World Cup in Costa Rica, Nigeria’s women’s football team, Falconets, are vying for a spot in the semi-finals of the competition, which began with sixteen teams and has been reduced to the final eight.

Nigeria topped Group C after winning all their three games. And this Sunday, the Falconets will play to edge out the Group D runner-up, Netherlands, in order to cruise into the semi-final stage of the competition.

The Dutch ladies only lost one match in their group against defending Champions, Japan.

Falconets would have a tough test on their defence because the Dutch ladies have a lot to offer in their attack. Their favourite 4-3-3 formation is their area of strength, especially with long range balls.

This is inclusive of threats of defender Marit Auée who often overlaps to find long range shots and headers, in support of Dutch attack.

Auée was a factor in Netherlands first goal of the competition, providing a header assist to striker Sanne Koopman in shirt 9. Hence Dutch’s aerial strength cannot be underestimated.

In the midfield, Dana Margaretha Wilhelmina Foederer is very entertaining to watch and ferocious in attacks, notable for her long range goal against the United States in Group D game.

Nevertheless, there are a number of loopholes in the Netherlands team which the Nigerian ladies capitalize on.

Also, Auée as a centre back is always overlapping and that can cost them so much of Nigeria can capitalise on quick counters and win with a lone goal as waiting for extra time or penalties will mean so much risk.

On the Nigerian team, the Dutch ladies have so much to worry about as the Nigerian ladies appear to have techniques of withholding pressures and giving surprise late goals as we saw against France and South Korea.

Esther Onyenezide would be a huge factor in the game with her long range strikes which devastated South Korea goal keeper, Kim Kyeong-Hee.

The tenacity and unflagging strength of Nigeria’s Falconets in respect of Flourish Sabastine, Onyenezide, Jerry Joy and Merry Idoko. Their 4-1-4-1 pattern can also be of support to clip Netherlands who are always out on the attack.

Jumoke Alani, right back in shirt 17 who is yet to register a goal after so much attempt in previous games might spring surprises.

By 11:30, the winner of the game would have to play against Spain who have beaten Mexico already with a lone goal.