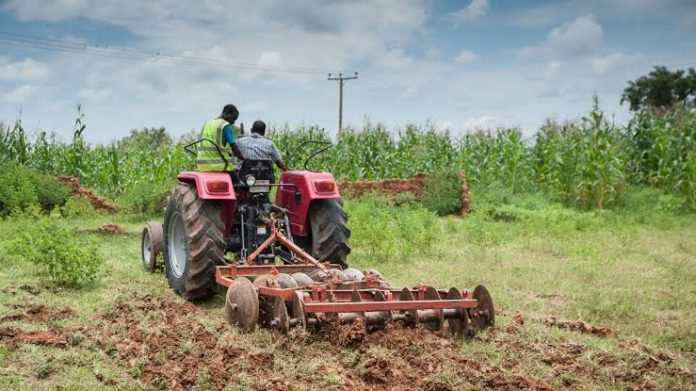 The Governor who acknowledged that the security challenges especially in Northern Nigeria may have an adverse effect on the prices of food expressed optimism that the situation would be brought under control as efforts are being intensified towards putting an end to the menace.

“Banditry is a great concern and it has moved a lot of people out of their lands”, he added.

He explained that the Federal Government’s presence was needed both in terms of security support and the provision of agricultural facilities as it was done during Gen. Ibrahim Badamasi Babangida’s government where the Directorate for Food Roads and Rural Infrastructure (DIFRRI) was established.

The Governor assured the All Farmers Association, Niger State branch of his administration’s support adding that soon he will meet with them and some foreign investors.

“We want to strengthen the Niger State Commodity and Export Promotion Agency with your corporation so that we have a one-stop shop that will ensure that farmers are not cheated and it will help in determining the prices of food.”

The Governor directed the Secretary to the State Government(SSG), to coordinate the activities along with the Ministries of Investment, Agriculture, and Livestock to meet with the association to determine farmers that would benefit from certain incentives that will boost farming activities in the state.

Earlier, the Chairman of the All Farmers Association, Alhaji Shehu Galadima appreciated the Governor for his unflinching support to farmers which was evident in last year’s harvest. Galadima called for more support, especially in the area of irrigation farming to serve as a guide to food security due to insecurity challenges in some parts of the state.

Also in her presentation, the 19 Northern States Woman Leader, of the Maize Association of Nigeria (MAAN), Hajiya Aishatu Abdullahi said that the Association came top in Maize production for 2020 and 2021 in a programme in Katsina and Kaduna respectively.

She attributed the victories to the tremendous support of the state government. The Woman Leader said their excellent performance has earned the state the opportunity to host the regional office of the Association hence, She requested two hectares of land that will House their office and a warehouse.