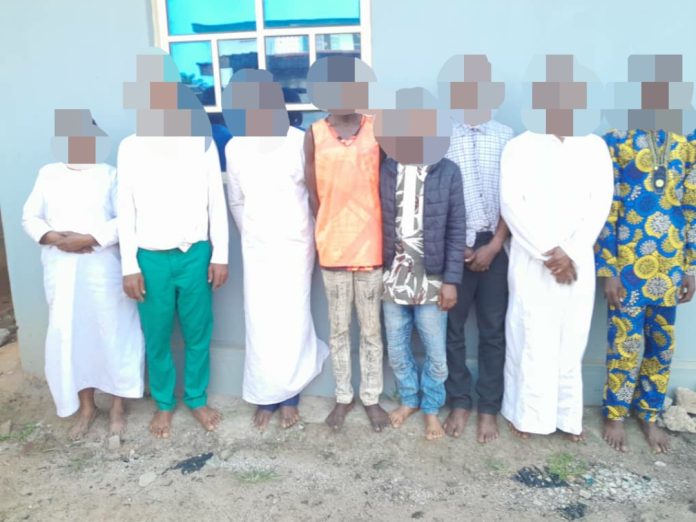 A pastor of Truth and Spirit Prophetic Church, Mercy Okocha, and nine of her members, have been arrested over the death of a 25-year-old Oro worshiper, Agboola Akeem, at Sanni Taiwo Lawal Street, Oko Oba area of Lagos State.

The suspects were arrested after Akeem was reportedly attacked and killed during a clash between members of the church and traditional Oro worshipers.

It was gathered that trouble started when the Oro worshippers, who were performing their night festival at Oko Oba, ordered members of the church, who were also holding a vigil, to end their service.

Unfortunately, the order was fiercely resisted by members of the church and the disagreement degenerated into a crisis that led to the stoning of Akeem to death.

Sequel to Akeem’s death, some youths in the community went berserk, attempting to set the church ablaze.

Confirming the incident, the spokesperson of Lagos State Police Command, SP Benjamin Hundeyin, said at about 6.30am, the Divisional Police Officer in Oko Oba Police Station received a distress call that a church, Truth and Spirit Prophetic Church, located at No. 2, Sanni Taiwo Lawal Street, in Oko Oba, was about to be set ablaze by some irate youths in the community.

Based on the distress call, a team of police officers was mobilised to the scene.

Hundeyin explained that on getting to the scene, it was discovered that a group of traditionalists were performing their Oro sacrament in the area, while the church members were having a vigil. The Oro worshipers instructed the church members to stop their service and pandemonium ensured, resulting in the death of Agboola Akeem.

The corpse of the deceased has been evacuated to a public morgue for autopsy.

Meanwhile, the pastor, Mercy Okocha, and nine other members of the church, have been arrested. Investigation is still in progress.