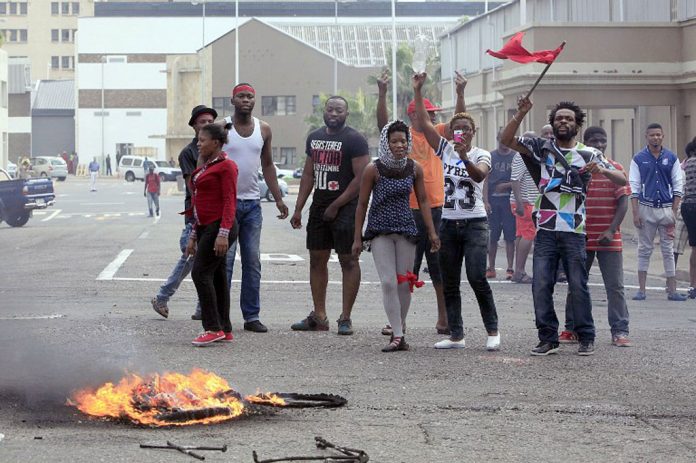 The Nigerian High Commission in South Africa has warned Nigerians to be vigilant as they go about their businesses.

In the advisory signed and issued by the Consular Section, for the High Commissioner, in Pretoria, the Commission advised Nigerian residents in South Africa to exercise caution and be watchful in carrying out their daily activities.

The letter read, “This is to advice Nigerians living in South Africa to be vigilant and exercise caution in the activities due to the recent utterances of the proponents of the Operation Dudula and their threats to attack foreign nationals in this country.

“The Group through public notice and video clips circulated on the social media has informed of plans to march against foreign migrants in South Africa starting from the 2nd of September, 2022 and specifically on foreign business owners, shops and undocumented foreign nationals.

“Nigerian residents in South Africa are hereby advised to exercise caution and be watchful in carrying out their day to day activities”. 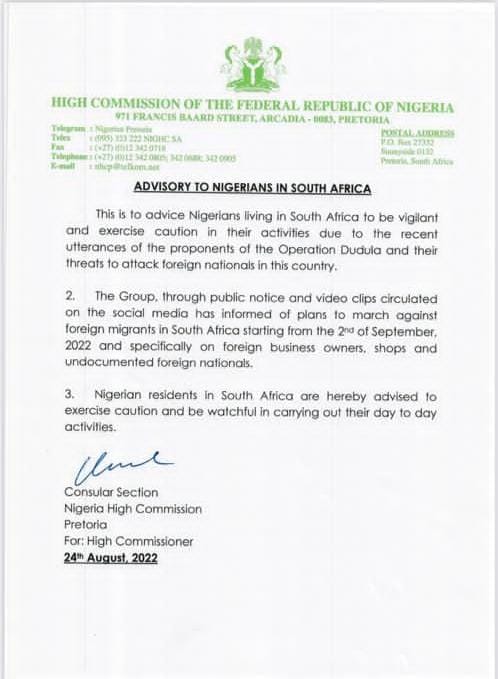