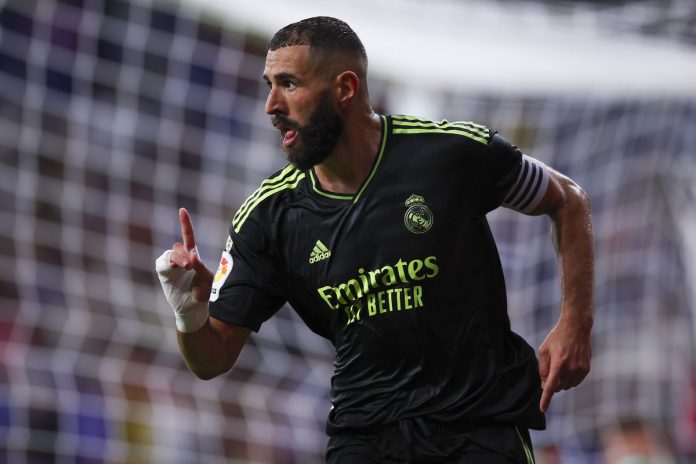 Real Madrid climbed back into first place in La Liga as they continue their perfect start to the new season with a late win at Espanyol.

Real Madrid took an early lead as Vincinius Jr. finished cooly having been found by an inch-perfect through ball from Aurélien Tchouaméni.

The Brazilian forward spurned a couple of subsequent opportunities before Joselu’s equaliser in the 42nd minute. The Spanish forward drew a good save from Thibault Courtois but made no mistake at the second time of asking.

Both sides had opportunities to take the lead but respective goalkeepers did their jobs with aplomb. Joselu reacted quickest in the box but was denied by Courtois as Karim Benzema then drew a fine save from Benjamin Lecomte in Espanyol’s goal.

Benzema then had the ball in the back of the net following a penetrative run by Eduardo Camavinga but the goal was ruled out for a marginal offside before finding a late winner.

The France international drifted around the back of his marker to meet Rodrygo’s cross and put Real ahead.

With the clock running down drama ensued as Lecomte was shown a straight red card following a VAR consultation for a foul on Dani Ceballos, leaving Espanyol captain Leandro Cabrera in goal for the final minutes.

Benzema stepped up for the free-kick and cooly put it past the stand-in keeper to make it 3-1.