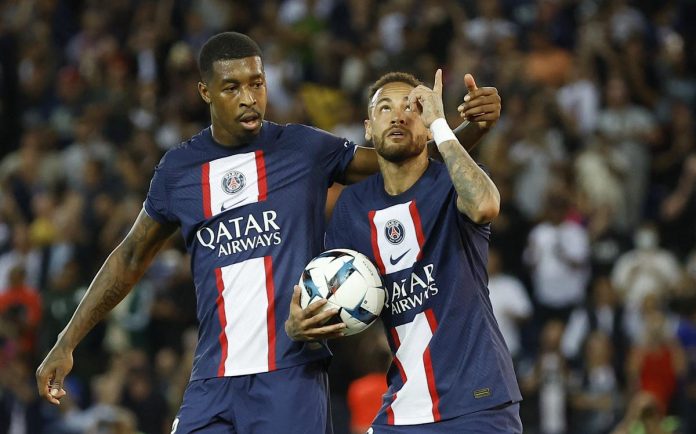 PSG needed a late Neymar penalty to secure the point against a spirited Monaco side at the Parc des Princes in Sunday’s Ligue 1 action.

Against the run of play, the hosts found themselves behind within 20-minutes. Monaco won the ball high up the field and sent Kevin Volland through on goal.

Volland still had plenty to do though and, holding off Presnel Kimpembe dispatched a powerful low shot past the diving Gianluigi Donnarumma.

PSG came within inches of drawing level just before the break. Lionel Messi crashed a thunderous effort against the post and, on the rebound, Kylian Mbappé hit the other upright.

A Neymar penalty, won by the Brazilian who tripped inside the box, got PSG level with 20-minutes left on the clock before Mbappé forces a food save from Alexander Nübel in the Monaco goal.

This result keeps PSG at the top of the French league table whilst Monaco languishes down in twelfth with five points from four games.