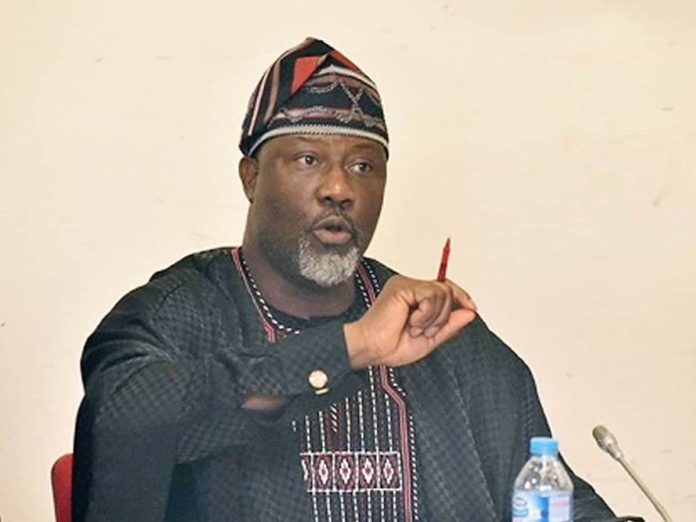 The spokesperson of the Atiku presidential campaign committee, Dino Melaye has warned Peoples Democratic Party Governors against plans to remove the National Chairman of the party, Iyorchia Ayu.

According to Melaye, the PDP Governors were the ones who introduce Ayu and picked him as the National Chairman of the party.

He wondered why the Governors who supported Ayu in December 2021 are now suddenly calling for his removal.

The former lawmaker representing Kogi West senatorial district asked if the Governor forgot that Ayu was from the North before appointing him.

this weekend, said, “I want to start by saying that the PDP Governors were the ones who introduced and picked Iyorchia Ayu.

“You cannot give birth to a child in the morning and come back in the afternoon and disown the child, you are not going to be a good parent. We didn’t choose Ayu; the governors did and that is why Ayu was the consensus candidate. Did they field anybody against Ayu from the South during the convention? All of them including Governor Wike endorsed Ayu on convention day.

“Not alone did they endorse Ayu, they funded that convention!

“So, how can you in December give us a product, in June, July, you want the product to leave?

“More importantly, you can’t be talking of Ayu leaving when we have not won the presidential election. Is it the  cart before the horse  or the horse  before the cart?”