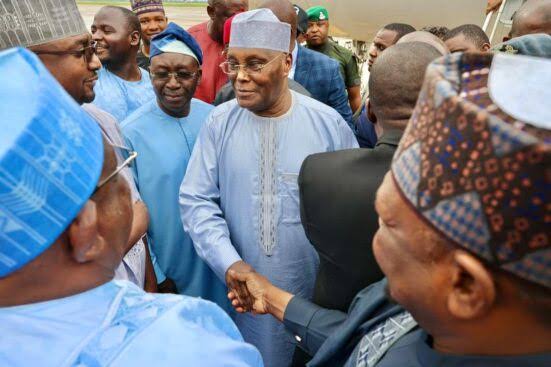 The presidential candidate of the Peoples Democratic Party (PDP) Atiku Abubakar and his running mate Governor Ifeanyi Okowa of Delta are in Ibrahim Shekarau’s residence in Kano.

Atiku and others are expected to receive the Senator representing Kano Central and his associates back into the PDP.

PDP faithful defied the downpour to witness the event in the commercial city.

Monday’s expected defection came years after Shekarau left the PDP for the All Progressives Congress (APC). That was in 2019 and he succeeded in winning a senatorial seat on the platform of the ruling party.

But a fallout with Governor Abdullahi Ganduje of Kano State led to his defection to the New Nigeria People’s Party (NNPP). Again, the lawmaker’s relationship with Senator Rabiu Kwankwaso, who later clinched the NNPP presidential ticket, went sour after some of his loyalists failed to get the party’s tickets to contest in next year’s general elections.