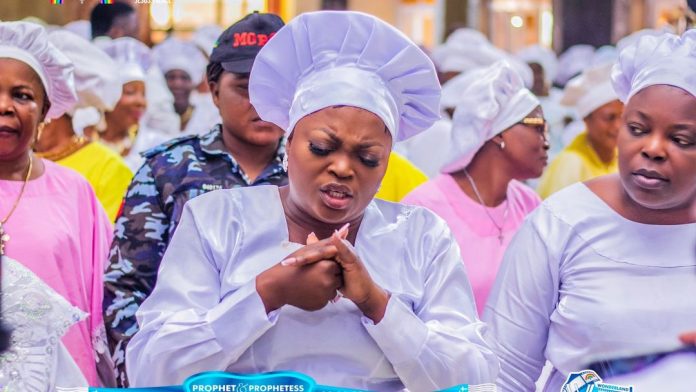 The Nollywood actress-turned politician disclosed that she was born and raised in CCC, adding that her case could be likened to a lost sheep who has returned home.

According to the video posted on Sunday by CCC Wonderland Parish on @weintheccc Instagram handle, the 45-year-old said she would be associated with the Church publicly, henceforth, which was greeted by the cheering congregation.

Akindele, blending her words in English and Yoruba languages, appeared in the church’s white garment called sutana, and said she had always come back for solutions to challenges in the Church.

“I was born and raised in Celestial. My situation was like that of a lost sheep that God calls back home,” she said.

The screen goddess said she is well known at CCC parishes at Agidingbi/Mile 12, Ogudu/Alapere, Olusosu/Ojota areas of Lagos State.

Akindele said, “Whenever I had challenges in my life, I usually ran back to Celestial Church but secretly. And I would see that I got breakthroughs, but right now I said enough is enough. I’ve stopped hiding. I have to be identified with the church publicly.