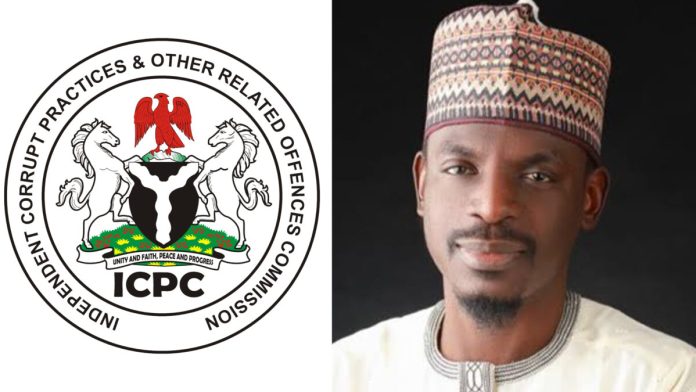 According to Peoples Gazette, the anti-graft agency on Monday afternoon said that Mr Ahmad’s action had been brought to the commission’s attention by way of HEDA Resource Centre, a public-interest think-tank run by anti-corruption campaigner Lanre Suraju.

ICPC’s spokeswoman Azuka Ogugua said, “We received a complaint and we have commenced an investigation. Our investigation is preliminary at this stage in order to establish accuracy of the information we received and then we take it from there.”

The HEDA’s petition was triggered by reports that alleged that Bashir Ahmad defrauded Nigerian taxpayers to the tune of millions after leaving office as a presidential media aide.

The viral reports claimed that Mr Ahmad had resigned from office in May in order to seek the ruling party’s House of Reps ticket in his home Kano State.

However, despite confirming his resignation by deemphasising his employment at the Nigerian presidency, Mr Ahmad continued receiving salaries through May, June, and July, until The Gazette reported the matter.

The Gazette report claimed that Ahmad received at least N3,129,530.64 in fraudulent basic earnings, with his allowances and estacodes within the same period likely many times the salaries.

The ICPC said it was aware of Nigerians’ relentless demand for Mr Ahmad’s investigation and prosecution for stealing from the federal purse at a time of rising poverty and strikes by several public sector unions as a result of the government’s inability to meet its financial obligations.