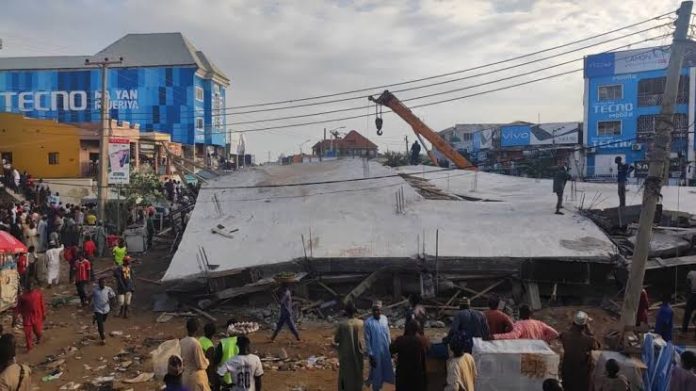 An uncompleted three-storey shopping mall has collapsed in Kano state with traders trapped under the rubble.

The incident reportedly occurred around 3pm on Tuesday.

AF24NEWS gathered that many traders are still trapped in the rubble and rescue efforts are already underway.

Some of the persons trapped under the collapsed building are said to be stall owners.

The collapsed building is located in the Beirut Road area inside the GSM market of the Kano metropolis.

The cause of the accident cannot be ascertained yet

The development is coming less than a week after two persons were killed following the collapse of a two-storey building in the Kubwa satellite town of Abuja.

Similarly, in Lagos, a recent building accident resulted in the death of two occupants of a one-room apartment in the Bariga area of the state.