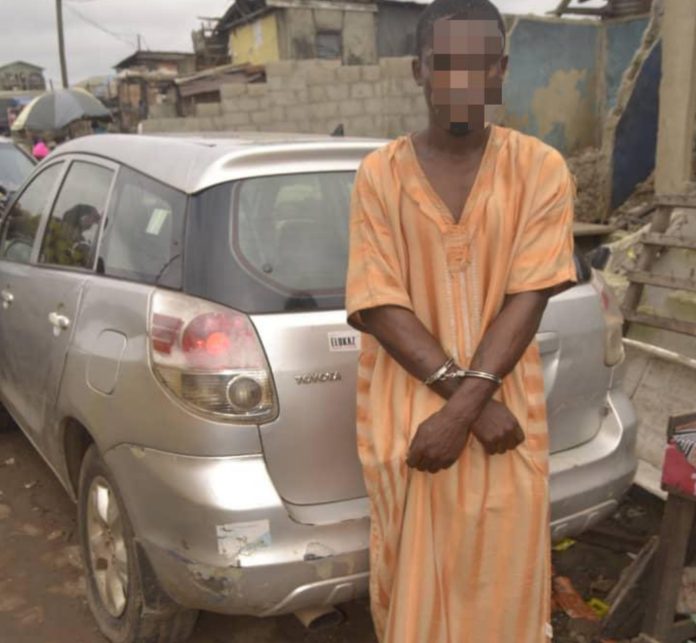 A twenty-five-year old son has been arrested by operatives of the Lagos State police after attempting to take his own mother to the cleaners.

Samuel Owolabi was arrested where he was trying to sell his mother’s car
without her consent.

Samuel was arrested where he brought his mum’s car for sale.

His mother was called upon to pick up her car at point of sale.

Benjamin Hundeyin, the Public Relations Officer of the Lagos Police Command confirmed the attempted car theft and sale in a statement seen by AF24NEWS on Twitter.

Hundeyin said: 25-year-old Samuel Owolabi was arrested in Lagos where he brought his mum’s car to sell without her consent. The mum has been contacted to come pick her car. She was shocked.”