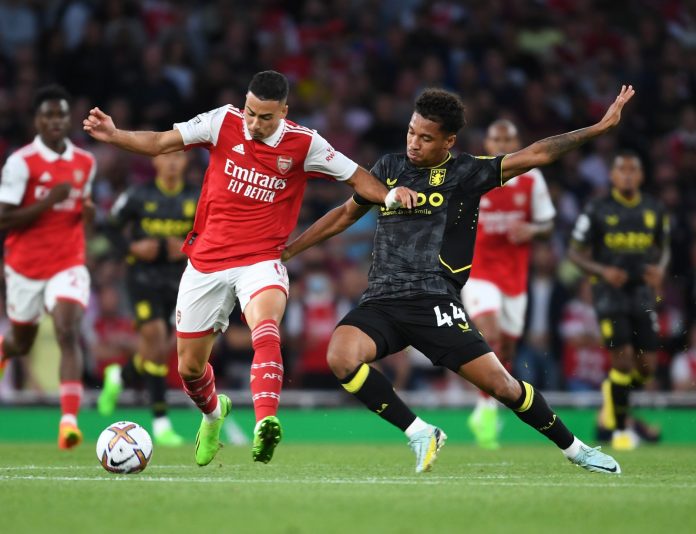 League leaders Arsenal made it five wins out of five after a topsy-turvy second half against Aston Villa in their Premier League encounter on Wednesday night.

Gabriel Jesus hit his third goal of the season to give the Gunners the lead midway through the first half, tapping into the empty net after Emí Martínez had spilt a cross into the path of the Brazilian.

Despite all of the home side’s dominance, it was Villa who scored the next goal, pulling level in remarkable circumstances.

Midfielder Douglas Luiz curled past Aaron Ramsdale directly from a corner – the third time Luiz has achieved this feat already this campaign, following a pre-season game against Walsall and in the EFL Cup at Bolton.

But Villa couldn’t stay level for long as Arsenal restored their lead shortly after the second half kick-off.

Gabriel Martinelli got on to Bukayo Saka’s cross at the back post to force the ball home for the winner for Mikel Arteta’s team.

Arsenal’s next game will be an away encounter against Manchester United on Sunday, September 4 by 4:30 pm (WAT). Meanwhile, Villa face City away at home on Saturday at 5:30 pm (WAT).