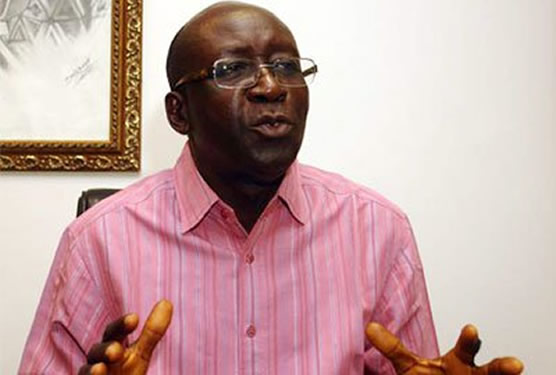 Wike was reacting to Ayu calling those who are calling for his removal as children.

Recall that Ayu, in an Interview with BBC Hausa Services on Wednesday, stated emphatically that he had nowhere to go and that since he was elected based on the laid down law by the PDP, he would not step down.

“I was elected PDP National President for four years, now I am not even one year old. The issue of Atiku’s election does not apply to the position of party leader. I won the election. In our constitution we have done this.’

“I haven’t done anything wrong, I’m reforming the party, the noise is not bothering me. When we started the PDP journey, we did not see these children. They are children who do not know why we established this party. We will not allow one person to come and destroy our party,” he stated.

Reacting on Thursday during the commissioning of Omerelu Internal roads in the Ikwerre Local Government Area of the state, Wike was angry that Ayu called him and others children, but stated that those he called children were the ones who brought him in from nothing.

“Somebody said those of you who said the right thing must be done are boys; they are children. You can imagine what power can do. You can imagine how the ingratitude; how people can be ingrates,” he attacked the PDP chairman again.

Wike said he thought as a chairman of a party who wanted to win the election, Ayu’s business was to bring peace to the party.

Wike added that Ayu was impeached as Senate President, sacked by Obasanjo in his administration two times, stressing arrogance would not take him anywhere.