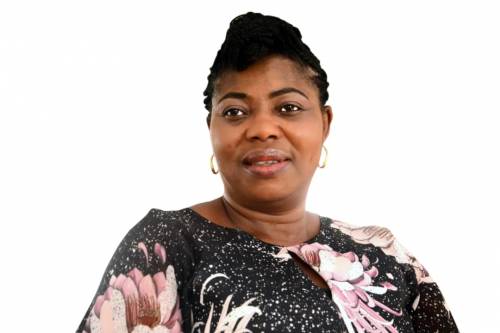 The die is cast. The Academic Staff Union of Universities (ASUU) has declared a total, comprehensive and indefinite strike! Meanwhile, there are feelers that the Federal Government may be  trying to cut the union to size once and for all.  The union president, Prof. Emmanuel Osodeke said that the Education Minister Adamu Adamu has vowed to use ASUU to teach others a lesson. But we don’t know how far this is true.

Although the minister has never hidden his displeasure at the prolonged ASUU strike, this is understandable. He can’t possibly support the total shutdown of the public university system when he presides over the education ministry.  Last week Thursday, the minister made it clear that the government will not concede to the ASUU’s demand to pay lecturers their emoluments for the six months of no academic activities. He equally advised students to take the union to court for the time lost to the ongoing strike.

The minister has also gone ahead to summon a meeting of Pro-Chancellors and Vice-Chancellors of federal universities. The meeting is fixed for Tuesday next week and sources at the ministry say the FG may reopen universities despite ASUU strike. How this is going to work out is a different ballgame entirely.

However, there is a rival ASUU group – the Congress of University Academics (CONUA) which has been struggling to get the official nod since 2018 as an alternative academic staff union in the university system.  Its arrowhead,  Dr. Niyi Sunmonu has been lobbying for registration of late capitalizing on the ongoing ASUU strike. Reports claim the group’s application  for registration has been referred to a committee that is expected to  brief the Minister of Labour.  It is not yet certain if the government is planning to use this group to break ASUU  now or if that is going to happen in the nearest future.

Similarly, some institutions, mainly state universities have asked their students to resume, the latest is the Ibrahim Badamasi Babangida University, Lapai which says its students should  resume on Monday, 5th September, 2022 or bear the consequence of not doing so.

While one may not really say for sure that this government is planning any sinister move against ASUU, one thing that can hardly be disputed is that never in the history of the union has it been so treated with so much  ignominy and contempt.  The ASUU of old was a very powerful pressure group that held governments on their knees. They are like petrol tankers’ union. Once they are on strike, everybody feels it. There is panic – pressure from parents, the students  unions, civil societies organisations, etc.  ASUU strike was a major political issue in 2014 before the general election. Then, President Muhammadu Buhari, as APC presidential candidate lambasted the Goodluck Jonathan administration for being insensitive to the plight of Nigerian students by allowing the ASUU strike to linger. Little wonder former President Jonathan resolved the  four-month strike overnight as he recently revealed at Bishop Mathew Kukah’s 70th birthday.

But this government is different.  It doesn’t come across as one that is interested in an overnight resolution of its conflict with ASUU.   It has been insensitive and reckless in its pronouncements. Rather than being pressured, it putting  the union under pressure. The preponderance of opinion now is that ASUU is overusing the weapon of strike to the detriment of the Nigerian students.

Besides, the FG has succeeded in convincing some Nigerians that it has met all the ASUU demands. It claims the only reason the lecturers are still on strike is because they want to be paid for the work not done. Meanwhile, as we speak, there is no evidence to show that this government has released the N50bn earned allowance it promised to give the lecturers, it has not taken any policy decision on UTAS despite the vote of no confidence verdict passed on IPPIS.  In fact, nothing has changed between pre- February 14 when this strike began and today.  But Nigerians just want the lecturers to go back to class. You can’t blame them. The cost of this strike is huge-very expensive!

READ ALSO:ASUU: Government can borrow if it must

The ASUU president too has been visibly under pressure. One can easily discern this by his many provocative outbursts against the media.  He once said he would not speak to the media and interestingly, he was using the media to pass across that information. Between the time he made the statement and now, he has either spoken to the media or issued press releases that the media helped the union to amplify. So, he can’t do without the media.  My advice to him is to be more composed and avoid ambiguities when dealing with the media. You cannot claim to be talking about some “important universities, not those quacks,” and turn around to say that you did not describe some universities as quack. Categorising universities as important and not important is enough slip. The proper thing to do in such circumstance is either to keep quiet or tender unreserved apology rather than grandstanding.

Anyway, I don’t want to dwell too much on this because that is not the essence of this article. We have bigger problems at hand. The big question right  now is when will Nigerian public universities reopen and when they do, what would have been the gain of this strike? Would the gain be enough to justify the loss on the part of the students who have unfortunately become the grass in this fight of the two elephants of ASUU and the Nigerian government?

I know that even if the FG meets all the ASUU demands today and the union calls off this strike, it will not solve the problem of our universities. Academic and non-academic staff will still go on strike. Our public universities will still be shut. So,  Nigeria needs a proper strategy to run and manage its tertiary institutions.

I think by now, ASUU must have got the message clear that Nigerian leaders are no longer afraid of its strike. The people in power don’t really care. Their negative boldness and reckless utterances are enough proofs. Who knows, this may be the last of ASUU successful strikes.

Truth is Nigerian universities can’t survive with the way they are being managed. We can’t say universities are autonomous when they remain the appendices of the ministry of education and other national agencies. Neither can we claim autonomy when we have a lecturer body that insists on collective bargaining for its members.  The National Assembly passed the University Autonomous Bill in 2004 but the autonomy of our universities has been on paper. If  the universities are truly autonomous, the minister of education shouldn’t be acting as lecturers’ employers.  And ASUU can never have the power to ask the entire academic union to go on strike.

The problem is that Nigeria claims the universities are autonomous but they are centrally controlled. The governing councils are micromanaged.  Nigerian universities are run the way its federal system is run where everything revolves around the power at the centre. It can’t work.

Ordinarily, the governing council of each university should manage their institutions. They should decide who to employ and what to pay. They should also be in control of how to generate funds- whether via tuition or otherwise.  With true autonomy, there is nothing like collective bargaining.

It is high time ASUU changed its archaic stand of insisting on free tertiary education and collective bargaining. ASUU believes Nigeria has money, that if the government curbs waste, it should be able to rechannel such money to run the tertiary education sector. It thinks it is fighting for the Nigerian students. Yes, I agree that so many things are wrong with Nigeria. Nigerian leaders steal the country blind and get away with blue murder.  But we can’t  allow the public university system to collapse because we want to force government officials to stop stealing. I would have wished ASUU achieved this but unfortunately, it doesn’t have the capacity to do so.

Tertiary education is too expensive to be left in the hands of the government alone. How do other countries that are far richer than Nigeria run their tertiary education? What is the level of involvement of parents and the students in this enterprise? The government will still fund the system and heavily too because education is a public good. However, universities should be able to have access to other channels of funding.  They should be able to apply for funds from donor agencies on their own. That way, everybody gets better value for their investment.

The academic staff and others will do their job.  All these cases of sexual harassment, sorting, victimization, intimidation and all kinds of evils in our tertiary institutions will be curbed.

Definitely, ASUU will no longer be able to wield the kind of influence it does  now on the universities. Naturally the ASUU leadership may not like this, but that is the way to go. If ASUU continues like this, it may give the wrong impression that it is afraid of its members being scrutinized.

ASUU shouldn’t be deceived. The same students it claims it is fighting for today will  soon disown it.  It is therefore in ASUU’s best interest to fight for university autonomy before it loses all its sympathizers. Likewise, the FG would be taking a huge burden off its head by enforcing true autonomy in the universities.

Olabisi Deji-Folutile (PhD) is the editor-in-chief of franftalknow.com and AF24NEWS. She is a member of the Nigerian Guild of Editors. Email: bisideji@yahoo.co.uk