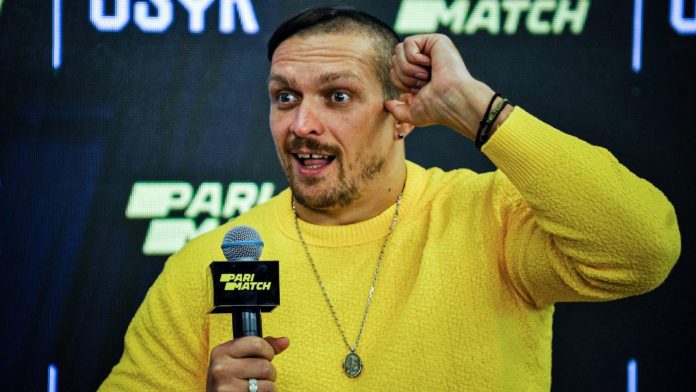 Ukrainian heavyweight boxing champion Oleksandr Usyk said on Friday he hoped to set up a unification bout with Britain’s Tyson Fury in 2023.

Plans of a fight had been discussed since 35-year-old Usyk won his rematch against Anthony Joshua last month to retain the IBF, WBA and WBO titles in just his fourth fight in the division.

“I would really like to see this fight happen next year,” Usyk said on Friday in Kyiv.

“We do not know what is on his mind. This is Tyson Fury, everyone knows that he is a very crazy kid,” he said.

Last month, WBC champion Fury announced that he was retiring from boxing but after the Usyk-Joshua game he posted a video on Twitter saying he “would annihilate both of them (Usyk and Joshua) on the same night”.

Fury posted another video on August 24, setting a September 1 deadline for plans to be made.

Usyk said on Friday that “the manager, the promoter, everyone who has the right to do so, is now communicating, working (to set up a fight).

“If it is not Tyson Fury, then there is no interest in boxing with anyone else,” he added.

Victory over the 6ft 9ins (2.06m) Fury would unite all four heavyweight belts and constitute a crowning glory for the Ukrainian.

However, Usyk said that the fight would not be possible until the end of this year due to his injuries.

“I have some old injuries that have made themselves known and need to heal. I think the recovery will take at least a couple of months,” he said.