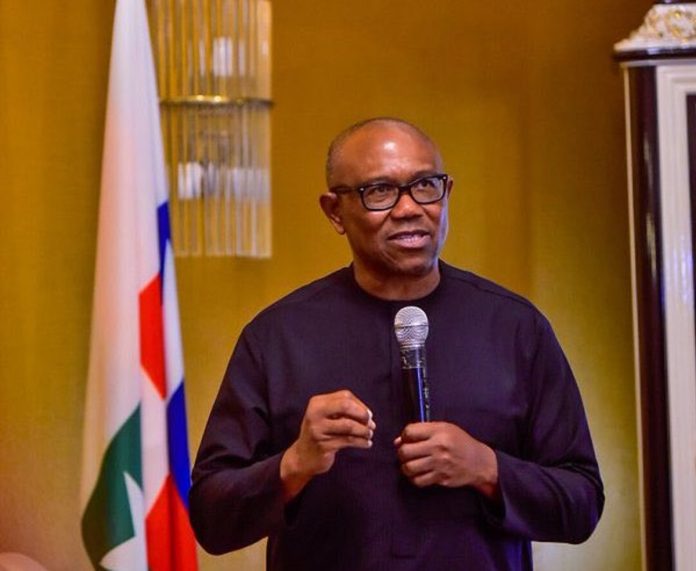 The Obi-Datti Media Office has debunked allegations that the Labour Party presidential candidate, Peter Obi, is currently on a fund-raising tour in the United States and Europe.

This followed demands by a support group of the All Progressives Congress’ candidates, Bola Tinubu and Kashim Shettima, asking the Independent National Electoral Commission to sanction the LP for violating electoral laws external funding for elections.

In a statement on Sunday, the Obi-Datti Media Office described the allegation as “desolate and baseless”, adding that Obi’s trip was to “sensitise and carry along Nigerians abroad on his upcoming agenda of rebuilding the country is open and transparent and not a fund raising.”

It chided the ruling party for allegedly fabricating and imagining things it (the APC) wanted INEC to act on against “structure-less and social media candidates” who had now become the ruling party’s “headache.”

The statement read, “The Obi-Datti Media Office attention has been drawn to the desolate and baseless allegation by a support group of Tinubu-Shettima calling on the Independent National Electoral Commission (INEC) to disqualify the presidential candidate of Labour Party (LP), Mr. Peter Obi and his running mate, Ahmed Baba Datti, from the 2023 presidential election for allegedly violating a section of Electoral Act on Election funding.

“All of a sudden, the structure-less and social media candidates are now the headache of the ruling party that they now had to fabricate and imagine things they want the electoral Commission to act on.

“Obi’s successful trip abroad which is ostensibly to sensitise and carry along Nigerians aboard on his upcoming agenda of rebuilding the country is open and transparent and not a fund raising. But we know why its discomforting (to) some people, because they cannot meet Nigerians in diaspora knowing that they contributed to their leaving the country in the first place.

“We have always said it umpteenth times that their own understanding of structure is the abundance of looted funds in their kitty that they plan to deploy on hungry Nigerian voters during the election to sway their votes.

“They know nobody has the kind of stolen funds they have and are always uncomfortable at anything suggesting to them that their opponents could match them. Obi did not go to beg for money but to sell himself and his mission to Nigerians outside the shores who are critical stakeholders in the Nigeria project.

“Since June 2022 that they deployed a lump of their loots to get the ticket of their party, the nation’s currency crashed and still battling for breath. And since then they have been mopping up foreign currencies ahead of the election to buy voters.

“The Media office, therefore, needs to educate them that Obi and his running mate are knowledgeable duo who know the law and operate within it and who became what they are financially, politically and socially doing legitimate businesses. They have no bullion van history of questionable wealth and are ready and willing to be scrutinised.

“Just as Obi and Datti’s backgrounds and antecedents are verifiable, so also are their sources of income before and now are unambiguous and auditable.

“Obi and Datti reached where they are today in this 2023 journey giving no ‘shishi’ to anybody, because they are investing in the suffering Nigerians impoverished by the greedy leaders of the past who diverted public funds to their private and family pockets.

“We understand their predicament, the dearth of contents from their principal, the lack of what to market, using the ample opportunity provided by the campaigns and the resort to searching blindly for reasons to disqualify the people’s only hope for a new and better Nigeria.

“Suddenly, they are beginning to realise that the social media giant, the structure-less and inconsequential candidates, are in the heart of the people who are convinced by their pragmatic messages. In frustration and envy they are now desperately looking for all crooked ways to stop them.

“Finally, we like to advise all those in this school of thought that the old order that kept us down as a nation will still work, to read the writing on the wall and know that their time is up and that Nigerians are ready and determined to take back their country now.”