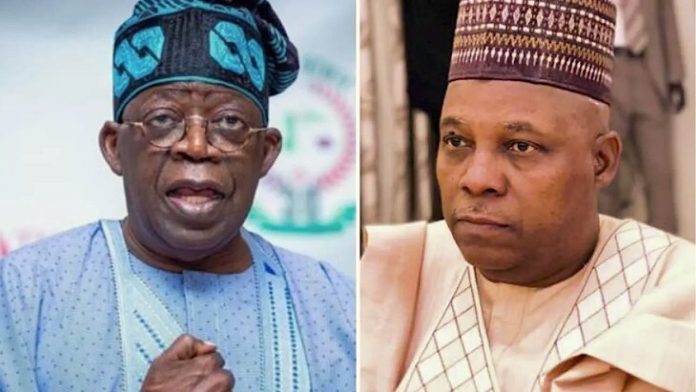 The Senator representing Kogi-West, and a member of the ruling All Progressives Congress, Smart Adeyemi, on Sunday kicked against Muslim-Muslim ticket, saying a repeat of such development is capable of bringing down the fabric of the nation.

Addressing newsmen in Abuja on Sunday, Adeyemi, however, said that he supports the presidential candidate of the All Progressives Congress, Bola Tinubu and his running mate, Kashim Shettima, not because they are members of APC, but because of his knowledge about the duo, their track records and antecedents.

Adeyemi, who backed the concern raised by the Christian Association of Nigeria over the Muslim-Muslim ticket, said that the association made some cogent observations, adding, “there have been oversights in key appointments in the past, which tend to keep Christians at a disadvantage and this has caused apprehension amongst us.”

Urging the government to confront issues in such a manner that will not obstruct the fabric of national unity, peace and stability, Adeyemi said that the peace and unity of the nation is sacrosanct.

The lawmaker said that the diversity of the nation should be balanced, adding, “For the purposes of unity, we must balance up our diversity to a large extent. And it is in view of this that I am making some proposals. I have had discussions with the leadership of the Senate, my party leadership and a good number of Senators.

“I hereby propose the amendment of Section 84 of the Electoral Act 2022 by inserting a new subsection 3, When this is accommodated, it will serve as a guide against any oversight such as this in the future as further occurrences will be deemed as silent policies which will be capable of bringing down the fabrics of the nation.”

Adeyemi carpeted the Upper Chamber for not blocking moves by the APC to field a Muslim-Muslim ticket in the 2023 Presidential elections.

The lawmaker said that the Upper Chamber made “a major oversight” during the amendment of the Electoral Act.

Insisting that the failure of the upper chamber gave the APC the opportunity to take such a decision, Adeyemi said that the Senate will, therefore, introduce a new subsection to Section 82 (14) of the Electoral Act 2022 to ban a repeat of such a move in subsequent elections.

“We should’ve amended the Electoral Act to prevent candidates of the same religion. We made a major blunder. But I’m proposing a Bill to prevent recurrence in future elections beyond 2023,” he said.