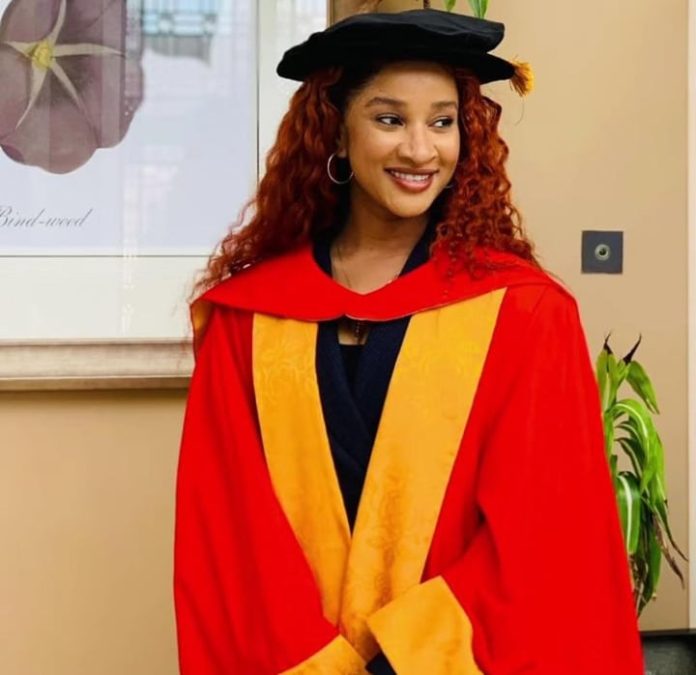 The University of Wolverhampton has awarded Nollywood actress Adesua Etomi a doctorate.

The university honored the actress with an honorary degree in recognition of her outstanding contributions to the arts and culture.

Adesua, a graduate of the university, received a doctorate in the arts.

Her husband Banky W, their son Jemima Osunde, as well as some family members, were present at the ceremony.

The renowned university awarded the Nigerian movie actress a Drama and Performance degree in 2009.

She now joins the group of well-known Nigerians who have earned doctorates in recent years.

Celebrities who have earned doctorates include dancer Kaffy, Ireti Doyle, IK Ogbonna, and Alexx Ekubo, among others. Peter Okoye is another.

“Dear Team P! It’s a great honor to be decorated by a distinguished educational institution, Who have recognized my contribution to Dance and Music as well as my support for the youth in the entertainment industry,” Okoye wrote at the time he was honoured.