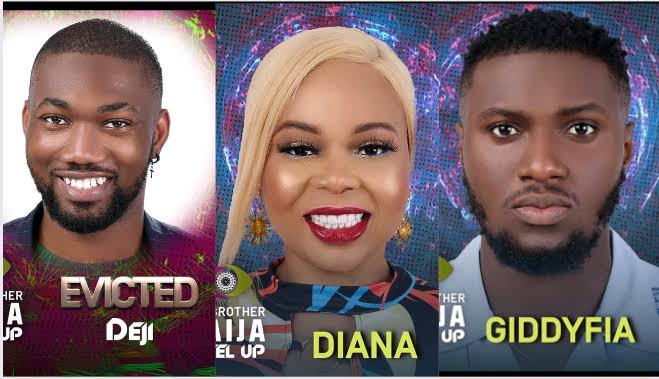 Big Brother Naija Season 7 housemates, Giddyfia and Diana have been evicted from the reality TV show.

The duo were evicted from the Level Up house during the Sunday live eviction show.

Recall that all housemates were put up for eviction last week, except the Head of House, Dotun and his deputy, Daniella.

Meanwhile, Deji, who is a fake housemate was asked to leave the show.

Similar to Modella’s eviction, show host Ebuka Obi-Uchendu made a call for (Deji) the fake housemate.

During his interview on the stage with the show host, Ebuka Obi-Uchendu, Giddyfia said he doesn’t know what his next steps will be, but he is very positive that he will be very fine.