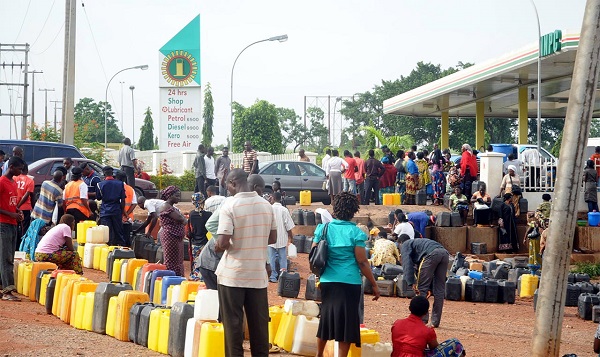 The Independent Petroleum Marketers Association of Nigeria in nine northern states has embarked on a three-day warning strike by withdrawing services at depots.

This Federal Capital Territory, Kaduna, Nasarawa, Kogi, Niger and others of the Suleja Depot branch of IPMAN started the three-day warning strike.

The chairman, Alhaji Yahaya Alhassan, announced the stoppage of supply of the product from the depot while taking newsmen on a tour round the parked trucks in the depot at Maje, Suleja in Niger State.

The marketers are asking the Federal Government to pay their outstanding bridging claims of about N70 billion.

Addressing a press conference on Monday in Maiduguri, the spokesperson for IPMAN in Borno State, Abdulkadir Mustapha, said the non-payment was causing untold hardship to their members, saying “Hence we have resolved at our meeting held in Kano State to withdraw our services at the depots for three days.”

The union warns that it will not hesitate to go on an indefinite strike action if its demands are not met by the FG.

“Henceforth, all products lifted must be settled or paid for within the stipulated period of 30 days as earlier agreed. Failure to do so will lead to indefinite suspension of our services in all depots and filling stations across the northern region.

“For years, we have been following and lobbying the management of the Nigerian Midstream and Downstream Petroleum Regulatory Authority regarding our unsettled bridging claims amounting to N70 billion to no avail.

“As peace loving association, we urge the authorities to settle or pay all the unsettled claims. We cannot be lifting fuel from far South to the North without being paid. Our decision to go for the warning strike is to draw the attention of authorities to take action that why we didn’t shut down our outlets not to cause unnecessary hardship to the citizenry,” he said.