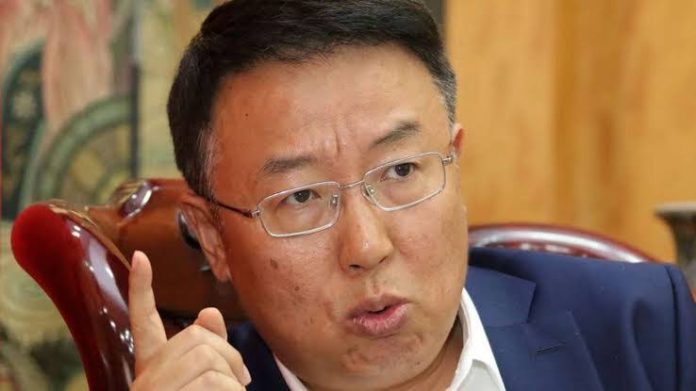 Wu Peng, director-general of the Department of African Affairs of the Ministry of Foreign Affairs of China, has stressed the need for the rule of law to tackle issues about substandard products in Africa.

Mr Wu stated this at an interactive session with African journalists under the auspices of the China Africa Press Centre Programme 2022, which began in June in Beijing.

“If some Chinese in Africa violate the rule of law, they must face the consequences, no doubt about it. Our Chinese government always advocates that our nationals must respect African people, respect their culture and follow the rule of law of the local country,” Mr Wu explained.

He added, “We also encourage all our Chinese nationals and companies living and working in Africa to contribute through social responsibility to their local community. Certainly, there are always some bad apples who do bad things. I condemn this kind of behaviour, but isolated cases do not represent all Chinese, just like we will count African people in China.”

The Chinese official stressed that “we cannot just consider some crime that happened in China by an African to represent Africans; the same thing applies if Chinese nationals violate the rule of law, we condemn it.”

“I think this is a commercial issue. We noticed many African businessmen go into China for procurement and do lots of shopping for stuffs and then bring them back to Africa,” Mr Wu added. “Such people even do such through the use of e-commerce to buy some stuffs back to Africa; whether these kinds of stuffs are made in China, the quality is good or not, it must reach the national standard.”

He pointed out that China has “an inspection procedure of goods exported to China.”

The Chinese official added, “Of course, I cannot deny this because sometimes the price is different. Some quality of products cannot reach the expectations of African consumers. I think China and Africa need to work together to change the situation.”

Mr Wu reiterated that the Chinese authorities “do not like it at all. Let us work together to fight against counterfeit or smuggling and such bad things.”

“We do not like it at all. We should uphold the rule of law to fight against it,” he added.