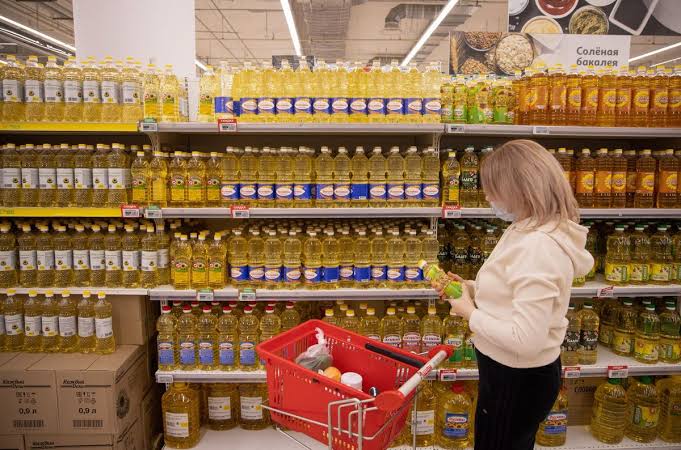 Vegetable oil, palm oil, eggs, bread, and wheat flour have been identified to be the current major drivers of the steadily increasing food inflation rate.

Though global commodity prices of these items have been falling, local prices appear to be surging still in Nigeria. The country has continued to see a spike in food prices, making food items less accessible in recent months than they were in previous months.

Cash-strapped consumers are further squeezed amid declining incomes as cooking oils are an essential diet component.

A banker who only wants to be identified as Ronke told BusinessDay in an interview that as a result of the surge in prices of cooking oils and other essential food items, she had to pay more for food in July than she did in June.

“I live with my sisters and we contribute monthly for feeding. In June, we contributed N15,000 each. In July, we had to contribute N19,000 each, even though we still cut down on some things.”

Stakeholders in both the edible oil and poultry sectors affirm that these two items are in high demand.

Henry Olatujoye, former national president of Palm Produce Association of Nigeria (NPPAN), in an interview with BusinessDay, shared his insights that the bulk of the bottlenecks affecting oil palm production in Nigeria is because consumption of the commodity is increasing on the back of declining production.

Though this is largely attributed to the effect of the pandemic that reduced economic activities globally, in Nigeria according to him, the price of palm oil is on the increase because the demand for it outmatches the supply.

“Nigeria is a country that is facing population growth- from what it used to be in the ‘90s to a population figure of close to 220 million, and we are still using the same domestic area as before. The principle of demand and supply will play,” Olatujoye said.

Experts also point out that Malaysia and Indonesia’s palm oil export ban prevented most Nigerian refiners who refine palm oil to vegetable oil from having access to raw materials, resulting in pressure on domestic production.

They say fixed machinery costs like the cost of cages are also becoming more expensive, and though this may not relate to the cost of eggs now, it will in the long run.

Another major challenge touched on is the issue of dollar instability. “Prices of drugs for poultry birds are on the increase and considering that most of these drugs are not made locally, the value of naira to the dollar has a major impact,” the CEO of a Lagos-based poultry farm said.

Olamide Olaitan, a student, and a 2-year experienced poultry farmer said: “Diseases can affect your turnout. It can also affect how the birds lay eggs (whether the eggs will come out big or small). If your layers are not healthy, they will not be able to convert the feeds well to produce the eggs you are expecting of them”.

“I was told today that a crate of eggs is N2,400 which I bought some weeks/months ago for N1,800. I’m not surprised because I know how it is on the field, I know the challenges that the birds face,” Olaitan added.

Generally, one of the causes of the increase in food prices as indicated in a recent report by FBNQuest capital, an investment firm, is the increase in insecurity in northern Nigerian states where much agricultural produce comes from.