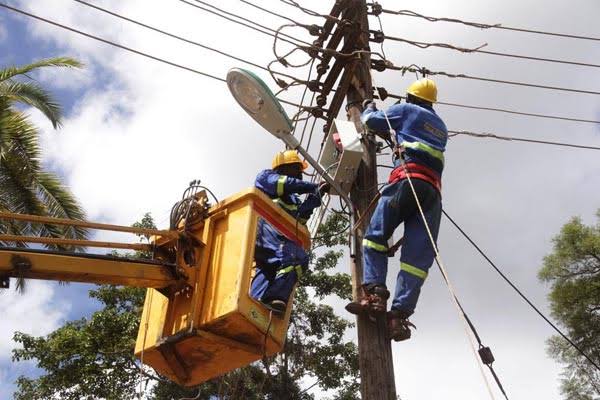 The National Union of Electricity Employees, NUEE, on Tuesday said they were ready to embark on another nationwide strike.

The Vice President of the Union, (East) Comrade Engr. Joe Oforka, alongside other executives the zonal Secretary of the Union in the South East/South South States, Comrade Ugboaja Joseph, disclosed this to newsmen in Owerri.

They alleged that the federal government after almost nine years has refused to pay entitlements of the some of the workers of the defunct Power Holding Company of Nigeria, PHCN.

Also, they were angry that the two weeks given to the federal government to implement the 2019 agreement had elapsed.

According to them, “It is an undeniable truth that the Power Sector privatization has not added value to the lives of ordinary Nigerians. The entire exercise which could be described as a charade has not brought any meaningful impact/improvement for the people.

“The union further says that almost nine (9) years of Power privatization, entitlements of some of the workers of the defunct PHCN have not been paid as they suffer untold hardship; while some have been sent to their early graves due to frustration and lack of fund to attend to health challenges after being forced out of Service under the guise of Privatization.

“Similarly, the precarious work conditions have imposed hardship on existing employees in the Sector as the Generation (GenCos) Companies have refused to sign Conditions of Service guiding Employer/Employee relations, Lack of workplace democracy, poor remuneration and others.”

“Electricity tariff has continued to rise without making prepaid meters available to Nigerians despite Federal Government’s directive to the Nigeria Electricity Regulatory Commission (NERC). We are ready to the down tool should FG fail to implement the 2019 agreement with the Union on the non-payment of exit entitlements to ex-PHCN workers.

“Nigerians should also be informed that the two weeks window that we have given to the FG has lapsed. The Federal Govt of Nigeria should be held responsible should the Union be forced to embark on another Nationwide strike,” they said.