As Nigeria continues to grapple with corruption, insecurity, economic stagnation and inflation, citizens around the country have begun to combat social derision by plotting their exit strategies.

Nigerian business news website NairaMetrics in August published that a survey of human resource managers in Nigeria revealed companies were set to lose a lot of staff to emigration.

In August last year, a polled report published by the Africa Polling Institute said that seven out of 10 Nigerians are willing to leave their country if given the opportunity. This number is undoubtedly expected to be higher this year as inflation, unemployment and insecurity tightened their grips on the country’s jugular in 2022.

Notably, in the last few months, an intensified wave of ‘Japa Fever’ or Japa syndrome—so-dubbed by Nigeria’s masses—has engulfed the country’s labour market.

Several cases of the infectious phenomenon have been well-documented on social media and the term “Japa”—colloquially derived from a Yoruba word meaning—“to flee”, has dominated social discourse for the last few months. The domino effect of mass emigration has been a noticeable disruption in the labour forces of leading institutions in the country, whose employee base consists of persons possessing valuable, heavily sought-after skills.

Hence, the bucket list for many Nigerians now includes abandoning their day jobs in the country to seek better opportunities elsewhere. And some Nigerians, influenced by their migrating peers, have taken the liberty to seek opportunities away from the shores of their motherland in an attempt to escape what has been described as a sinking ship.

One of such Nigerians is Laolu Akande, a senior developer at a fintech company based in Lagos, who told our correspondent that he is considering a move abroad after witnessing first-hand the wave of people leaving in droves.

“I am already thinking of leaving (the country) too. Once August came, I realized that almost everybody in my department had been planning something.”

Akande said he was planning on leaving the company soon because he didn’t want to bear the brunt of what understaffing would cause.

“I am afraid of my workload increasing so I don’t know how long before I also start considering my options if I’m being very honest,” he told our correspondent.

Corroborating Akande’s experience, Jubrin Ariwoola, a Head of Technology at a multinational financial firm in Lagos, said that his office is “just not what it used to be” compared to how affairs were conducted before the exodus began.

“The staff strength was more and the workplace was more vibrant,” he said.

Akande confirmed that most people leaving his office are going abroad.

When our correspondent asked about what he thought was a reason for this, Ariwoola said, “The trend we noticed is that most of our graduate interns don’t stay for the duration of the program. Let’s say the program lasts for 18 months. They are often gone by the 12th month. And we know the staff are not migrating to competition, they are going abroad.

“So there is nothing we can do to help the situation. We are just trying to figure out how to keep things going. Attrition has really been a problem.”

Ariwoola also mentioned that strategising how to anticipate more exits was now a commonplace discussion among heads of departments at his firm—a financial organisation.

“Even now, as September is approaching, we know a lot of employees will be leaving so we need to prepare for how we can handle it. We have started putting forward requests for recruitment,” he said.

—Nigerians groan as banking apps, and services break down—

According to many, the repercussions of fleeing software developers, product designers, analysts and tech support employees have already begun to crop up in the qualitative failures of technologies such employees have left behind.

Some social media users have claimed a noticeable drop in the quality of services provided by financial technology companies like banks.

“Is it me, or does it feel like there’s a higher rate of failed transactions/ transfers/ reversals/ POS failures etc. lately?” popular feminist writer Ozzy Etomi tweeted earlier this week.

Is it me, or does it feel like theres a higher rate of failed transactions/ transfers/ reversals/ POS failures etc lately?

Nothing is wrong. All banks in Nigeria lost their key IT staff to Japa (Canada, UK and other developed countries).

Nothing is wrong.
All banks in Nigeria lost their key IT staff to japa (Canada, UK and other developed countries).

Just as social media users expressed fears of what the consequences of the exit of technical hands would mean for the quality of everyday services, Chinasa Okoli, a technology graduate intern currently working in Lagos, attempted to explain why quality assurance might now be an issue.

According to Okoli, this is because the work environment is now “less challenging”. She observed that most people left to do the jobs “are just not taking it as seriously as before”. 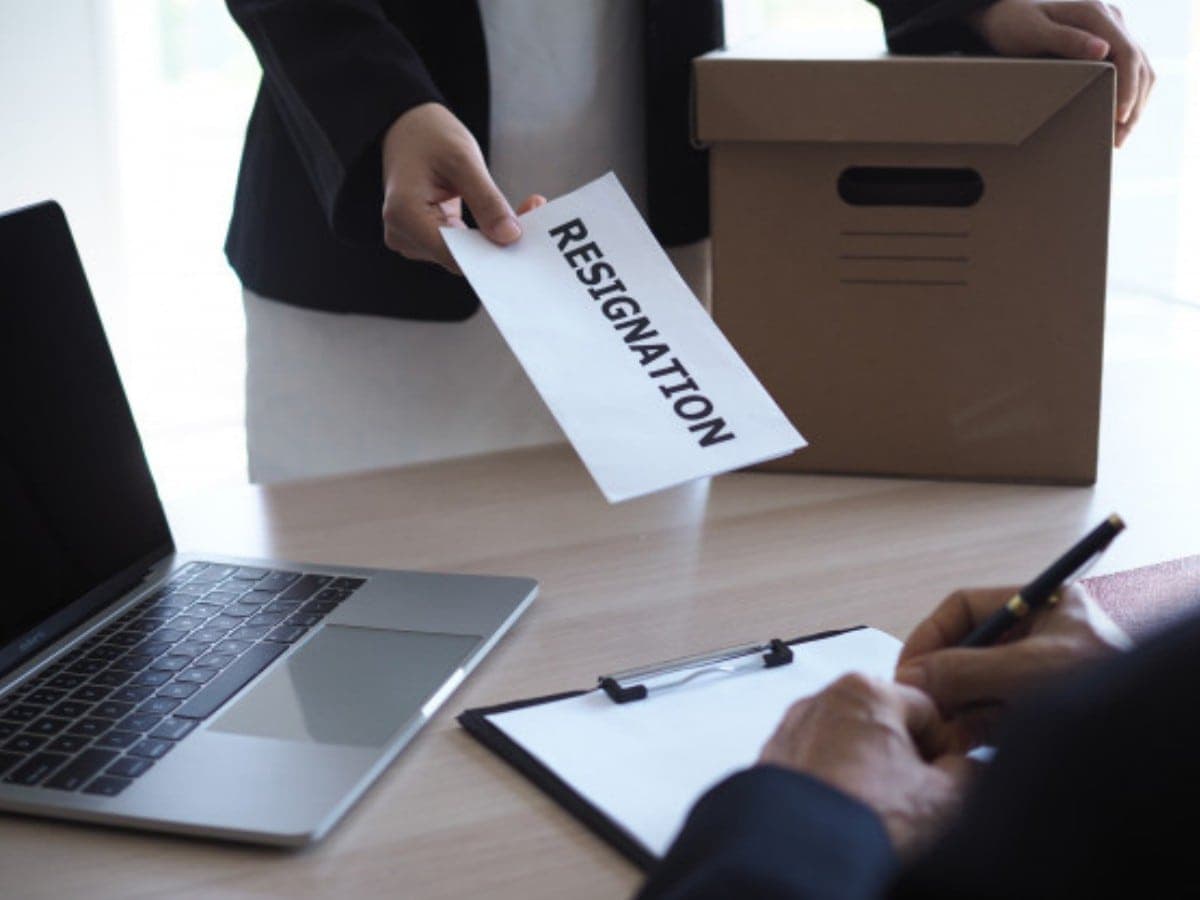 However, this may not be the only reason.

Sandra Davies, who works as a retailer with an IT firm in Lagos, explained that as a result of the massive reduction in staff, her workload has increased.

“The major problem now is that the workload has increased. In my unit, we have the same targets as before but now we are basically half the labour force we had. So we are doing twice the work we used to do before,” she said.

Tech enthusiast Tomisin Falomo mentioned that, if fintech and banking organizations are truly haemorrhaging tech talent, it could be a reason for the poor performance of their services.

When asked if the mass exit of tech support employees and software engineers could be a reason for failing banking apps, he said, “Of course, even though there is no confirmation that this has been the reason at all. The thing is if employees, especially developers, are leaving the bank it can affect the quality of their software solutions. Of course, the software does not necessarily need people to function, but it still needs people to resolve bugs and handle failed transactions and such.”

Concerning whether large corporations like banks could struggle to replace talent, he said, “The issue with replacing talent, especially in software development, is that new coders need time to learn the existing system. The codebase, the documentation, things like that.

“So even if these companies were to succeed in securing the best people for the job, it would not be as easy to simply swap them out like for like. And now we are hearing that they are losing employees in droves so the persons on the team who would have provided proper guidance for newcomers would not be available.”

Oluwatobi Cholo, a DevOps team member at a reputable bank in Lagos, said that it is possible the in-house support team was struggling with handling error requests because of the exodus.

“It is possible that depletion in the workforce can affect the service. Sometimes when errors are flagged they have to be manually addressed,” he said.

According to Oluwatobi, replacing developers is a continuous process for banks like his because talent is difficult to keep.

“We always hire interns in a continuous cycle. The problem that happens is that the stack takes time to learn. But now the experienced hands that understand the code are leaving, usually to companies abroad that offer better pay.”

His company is now conducting training sessions for incoming interns with their experienced staff.

Many assume that Japa culture‘s effect on tech companies may be the foreshadowing of a wide-scale impending crisis.

–“No cause for alarm”, others insist–

Although there have been concerns that the general quality of services may continue in steep decline due to mass emigration of trained hands, others have insisted this is no cause for alarm.

Some have said that mass emigration merely leaves room for others to capitalise and get jobs. In a country where unemployment exceeds 33 per cent, job opportunities are golden for qualified candidates seeking a chance to earn their livelihood. 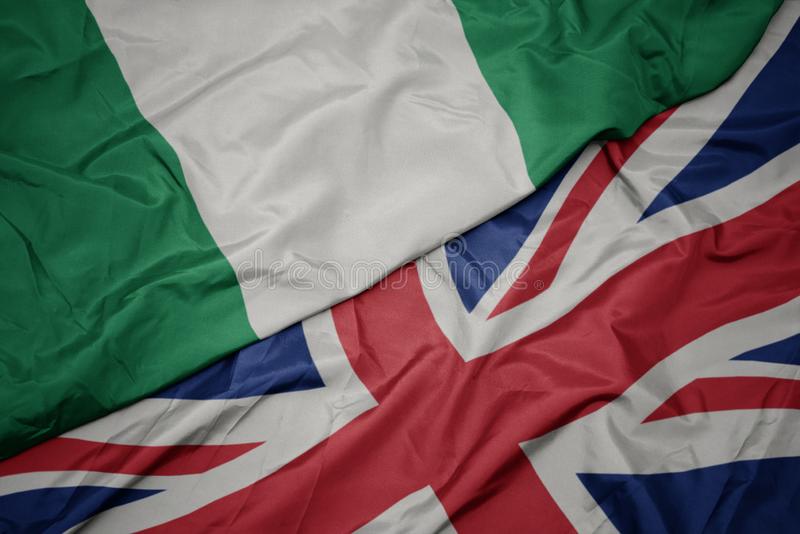 “Wailing Wailers. I thought u said youth are jobless. Those that Japa has created vacancies for the unemployed. Olodo are ya all. Always crying instead (of) seeing opportunities.”

Wailing Wailers.
I thought u said youth are jobless.
Those that japa has created vacancies for the unemployed.
Olodo are ya all.
Always crying instead seeing opportunities.

”For every so-called qualified Nigerian that Japa, there are 100 qualified that will take over. Japa no be new thing. Even back in d days, na Bank staffs still Japa pass.”

For every so called qualified Nigerian that Japa, there are 100 qualified that will take over. Japa no be new thing. Even back in d days, na Bank staffs still Japa pass.

The effects of mass emigration have been compared to that of the Great Resignation, an observable phenomenon of employees resigning en masse from workplaces in North America.

The Great Resignation was accelerated by the disruptive Covid-19 pandemic, but Nigerians believe their own great resignation—caused by mass emigration—is a result of tenured human viruses seated in offices of political power.

Nigerians are joking with the aftermath of japa. GTBANK is having technical issues for over 30 hours no team to fix it. Most of their tech guys have japa. When you vote a bad leader like Buhari you have an empty country with nothing functioning.

Following the BBC’s March report about Nigerians and their many reasons for seeking to check out of the country, it is no surprise that many are willing to leave their daily hustle helping commercial banks integrate Visa payment, instead opting to obtain a travel visa  from a foreign consulate and eventually purchasing what they believe to be their ticket to freedom.

As Ariwoola noted, depleted staff strength often affects the company’s work culture in irreparable ways. Apart from the depleted vibrancy, new workers often find themselves with overwhelming workloads, little adjustment periods and unrealistic expectations. They are then discouraged and often burnt out months into their new job, and begin to plot their exit strategies as they continue to hear igniting tales of those who have travelled abroad and secured better opportunities with better conditions. The cascading effect of the ever-increasing turnover rate is expected to be devastating to the staff strength of several fledging companies.