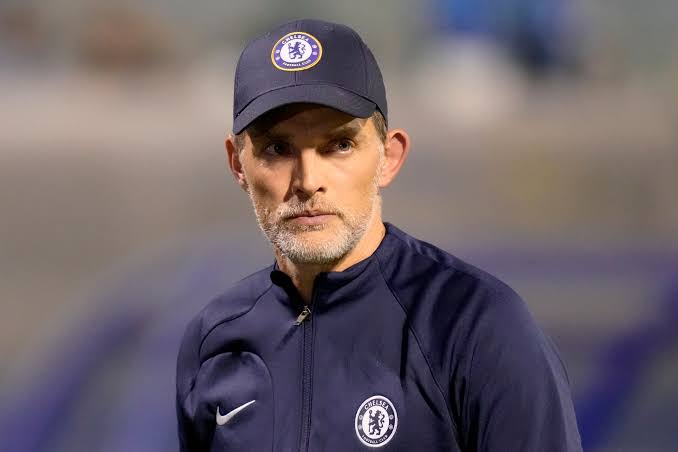 Chelsea have asked their head coach, Thomas Tuchel on Wednesday.

This is coming barely 24 hours after the Blues suffered a shocking 1-0 defeat in Tuesday’s Champions League opening match.

This was revealed in a statement issued by the club on its website.

The Premier League team said Chelsea’s coaching staff would take charge of the team for training and the preparation for upcoming matches.

The statement added that the club is working on appointing a new head coach to fill the vacant position.

“On behalf of everyone at Chelsea FC, the Club would like to place on record its gratitude to Thomas and his staff for all their efforts during their time with the Club. Thomas will rightly have a place in Chelsea’s history after winning the Champions League, the Super Cup and Club World Cup in his time here.

“As the new ownership group reaches 100 days since taking over the Club, and as it continues its hard work to take the club forward, the new owners believe it is the right time to make this transition.

“Chelsea’s coaching staff will take charge of the team for training and the preparation of our upcoming matches as the Club moves swiftly to appoint a new head coach.

“There will be no further comment until a new head coach appointment is made”.

The ambitious US magnates are in the process of overhauling every aspect of the Blues’ operation, and have acted quickly to unseat Tuchel.

The highly regarded German coach has overseen three defeats in seven matches in the new campaign, after the Blues invested a one-window Premier League record £273million to revamp the squad.

Brighton boss Graham Potter and former PSG and Tottenham coach Mauricio Pochettino are thought to be among the early candidates for new Chelsea manager.