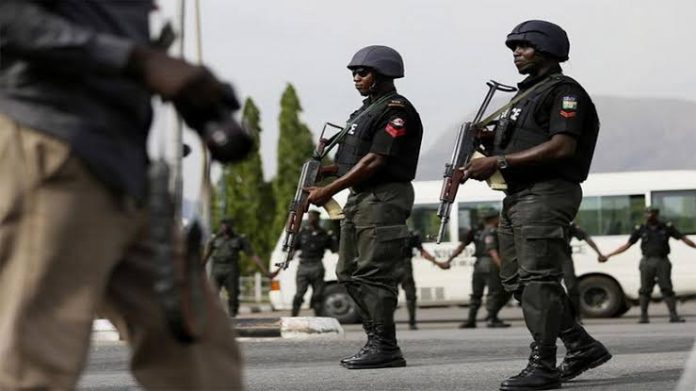 Police operatives in Oyo State have been accused of  allegedly brutality and extortion by a student.

Ola Folarin was on his way to school on his Hajoue bike, dressed in his school uniform before the blood thirsty officers accosted him, and pulled him down from the fast moving bike.

Speaking about his experience, Fola took to his Twitter to report the case in a Tuesday tweet seen by AF24NEWS.

He said : This is what the @PoliceNG did to me for having a Hajoue Bike and dressing well to school and also having an IPhone. Had it been I’ve been my leg had been broken or I had died instantly when the police officer pulled my shirt from the bike, then that would be it ”

Fola said he was assaulted severally with a baton and forced to transfer cash to them after they illegally searched his phone.

“@Princemoye1 these your guys pulled my shirt from a moving bike and wounded my hands and used baton on me. After that, they coerced me to open my phone and illegally searched my phone. All this happened in oyo town and these people are terrorist. They wanted to kill me.”

“This isn’t how it should be. I have my machine papers and my numbers is being processed. They made sure I transferred to them 35,000 which is meant for my school fees and wounded my legs and my palm.”

Confirming the incident, Adewale Osifeso Police Public Relations Officer, Oyo State Command said the case is now on his table and the victim has been communicated with.

Osifeso said: “Right on it. Spoken with the Complainant already.”

The SP also publicly tweeted”Good Afternoon! Mr Folarin has immediately been contacted. The case has also been escalated with promises of Justice Served. @Princemoye1 is actively involved too.”