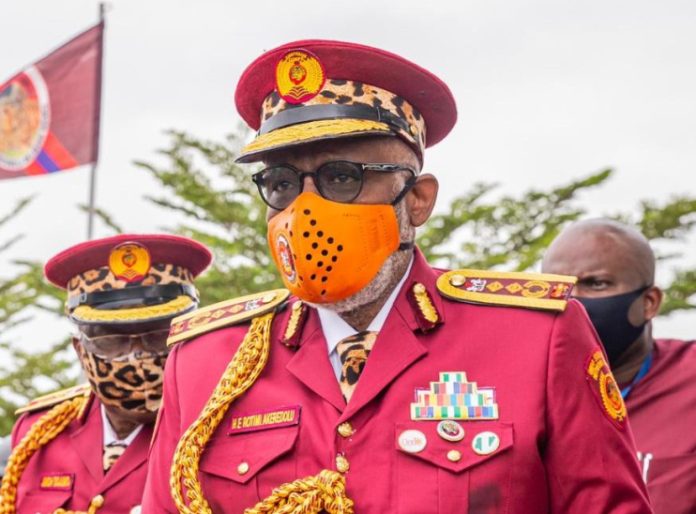 The Federal Government has been urged by the Governor of Ondo State, Oluwarotimi Akeredolu, to allow Amotekun and other State security outfits to bear sophisticated weapons for the protection of the populace.

Akeredolu, who explained his stance on the Oil Pipeline Surveillance contract issued to private people and organizations, stated that his attitude was to permit Amotekun to use heavy weapons like the non-state actors hired to secure the oil pipelines.

The governor stated this during the inauguration of the newly built office complex at the Ondo State Oil Producing Area Development Commission, OSOPADEC, in Oba-Ile, Akure North Local Government Area of the State.’

Akeredolu lamented the precarious security situation in the country and vowed to keep going head-on to defend residents of the State.

“Most of the people and even some of my colleagues didn’t really understand my position on the oil pipeline surveillance contract.

“Here, we are spending our money on Amotekun. And what I said in my statement titled ‘Who Actually Needs Weapons’ was that the Federal Government should allow Amotekun to carry sophisticated weapons like those whom they awarded pipeline surveillance contracts.”