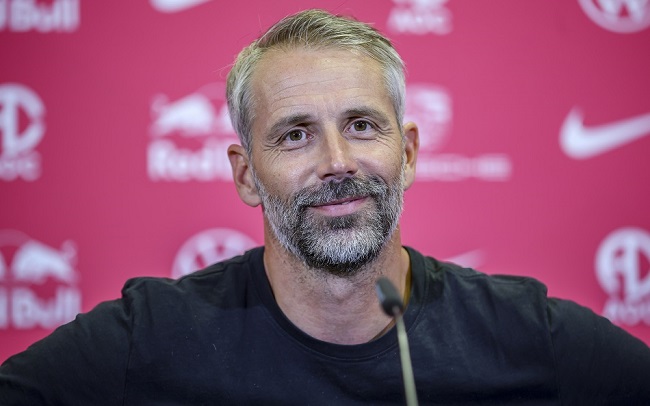 Rose was born in Leipzig, played for local club Lokomotive and has continued to live in the city since being sacked by Dortmund in the summer

Rose signed a contract until 2024, the club said.

In a quirk of the fixture list, Rose’s first match in charge of Leipzig will be at home against Dortmund on Saturday, followed by a clash with another former employer Borussia Moenchengladbach in the following round.

Rose was sacked by Dortmund despite a second-placed finish at the end of the 2021-22 season.

Rose has been a member of the Red Bull stable of clubs before. He won two Austrian titles with Red Bull Salzburg before his move to Germany.

German tabloid Bild reported that RB flew Rose to Leipzig in a private jet on Wednesday from Salzburg, where he had watched the home side draw with AC Milan in the Champions League.

Leipzig is also rumoured to be signing Max Eberl for the vacant sporting director position, who held the position alongside Rose at Gladbach.

Despite leading RB Leipzig to their first silverware with the 2021-22 German Cup, Tedesco was fired after a poor start to the season as his side claim five points in five Bundesliga matches.

The club hierarchy acted after Leipzig lost 4-1 at home to Ukrainian side Shakhtar Donetsk in the Champions League on Tuesday.

Tedesco was one of two managers fired Wednesday morning immediately after embarrassing defeats on the opening night of the Champions League group stage. Another former Dortmund head coach, Thomas Tuchel, was axed by Chelsea after they lost in Zagreb.