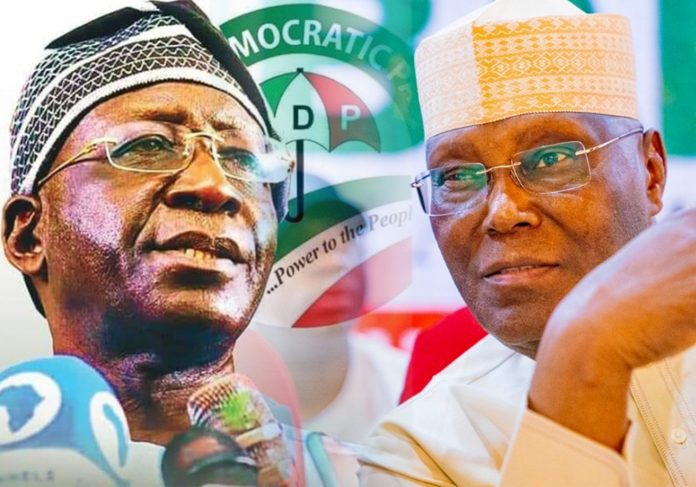 The campaign of the presidential candidate of the Peoples Democratic Party, PDP, Atiku Abubakar, has disclosed the reason why the national chairman of the party, Iyorchia Ayu, cannot be removed at this time.

The campaign spokesman, Charles Aniagwu, while speaking on Saturday on Arise TV, said the party was exploring better crisis resolution strategies to resolve the lingering crisis in the party and not focusing on removing Ayu.

Explaining the vote of confidence passed on Ayu, Aniagu said, “People may misinterpret it to mean calling the bluff of certain stakeholders but that is far from it because the party leadership examined the issues vis-a-vis the provisions of the party’s constitution as amended in 2017.”