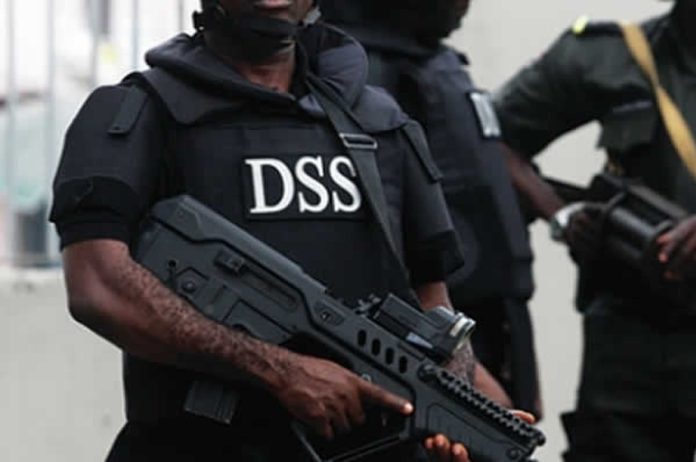 The Department of State Services has reportedly raided the homes of two relatives of Tukur Mamu, publisher of Desert Herald, and arrested Abdullahi Mashi, brother-in-law to Mamu.

Recall that Mamu was arrested at the Kano international airport after he returned from Egypt where he had been detained on his way to Saudi Arabia for lesser hajj.

Mamu, an aide to Ahmad Gumi, a popular Islamic cleric, has been involved in negotiations for the release of persons abducted during an attack on a train in Kaduna, in March 2022.

Speaking on the arrest on Wednesday, the DSS had said the publisher had questions to answer.

Giving an update on Thursday, the DSS said “military accoutrements and large amounts in different currencies” were found during a search on Mamu’s house and office.

Ibrahim Mada, special projects manager, of Desert Herald newspaper, in a statement on Friday, said the DSS raided the homes of Ibrahim Mamu and Abdullahi Mashi, the publisher’s brother and brother-in-law, respectively.

Mada said Mashi was arrested by the DSS after his house was searched.

He also said the military items found during the search on Mamu’s residence belonged to Yahaya Bello, the publisher’s son, who is a naval officer.

“While the DSS did not indicate the actual amount of the so-called large sum found in his house and office, we want to make it clear that the ‘military accoutrements’ found in his house are military kits (uniform and beret) belonging to his son, Yahaya Bello, a Naval officer who graduated from NDA,” the statement reads.

“About two weeks ago, Mamu’s younger brother, Muhammad Mamu, an Air Force officer, was killed while on counter-terrorism mission in Zamfara.

“Apart from detaining Tukur Mamu with his two sons, Faisal Tukur Mamu and Ibrahim Husaini Mamu, the DSS operatives early this morning, at 12 am (Friday 9th September 2022), stormed the residence of Abdullahi Mashi, collected handset phones of the residents as well as cash and other valuables in the house and whisked him away. Mashi is an in-law to Mamu.

“The DSS also raided the apartment of Ibrahim Husaini Mamu at about 3 am this morning. They could not find anything incriminating in all the houses they raided.”