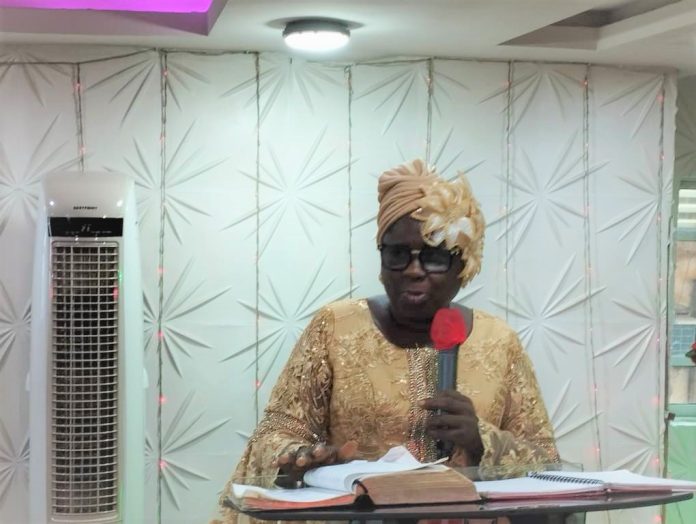 Involving yourself in Big Brother Naija is total rubbish, a cleric, Reverend Mrs Funmilayo Ojo said to youths during her ministration.

The cleric while ministering at the Zonal Headquarters of Foursquare Gospel Church, said “Christian Youths must not for any reason, talent or cash be involved in the reality tv show.

Big Brother Naija, formerly known as Big Brother Nigeria, is a Nigerian reality competition television series, based on the Big Brother television franchise, in which, contestants live in an isolated house and compete for a large cash prize and other material prizes, at the end of the show by avoiding being evicted from the house by viewers who vote for their favourite housemates to remain in the show.

Preaching from the book of Philippians 4:5-10 Revd Mrs Ojo says “believers must be moderate in their actions and must not be seen doing everything trending or all about because the coming of the Lord must be in our hearts, for the Lord is at hand.

She also said Christians must endure when they have nothing and not carry it all over their face and give excuse for being involved in corrupt practices.

Doing reading from verse 12 &13 , she cited, the scriptures say ” I know how both to be abased, and I know how to abound: everywhere and in all things I am instructed both to be full and to be hungry, both to abound and to suffer need. I can do all things through Christ that strengthen me.”

The Reverend also stated that moderation must also be observed in eating and even in rejoicing. She stated that “we must be conscious and moderate in all things”

“Our dresses must also be moderate. We must not dress like the world all in the name of fashion.”

“We must also be moderate in friendship.”