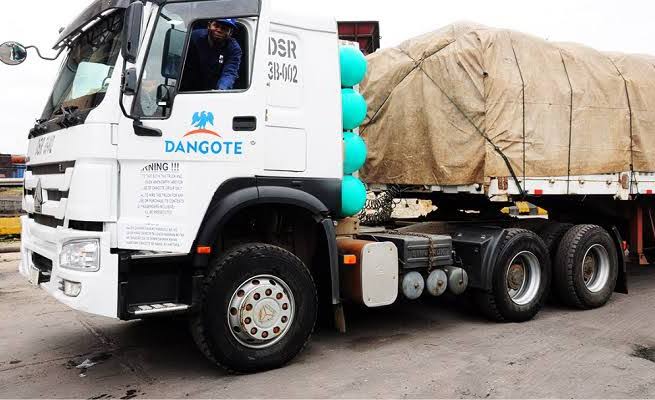 A driver with the Dangote Group has been sentenced to prison for illegal activities.

The Dangote Group has been accused severally of not taking reports against its drivers seriously.

The criticisms and incidents, some caught on camera by citizens, forced the company to take tougher measures.

Chiejina noted that the Drivers Patrol Team nabbed some for engaging in unapproved acts and transferred them to government agencies for trial.

In a recent case in the North-Central region, a driver who used his truck to carry timber was caught and handed over to the police.

The spokesman said he was subsequently charged to a Magistrate Court in Akwanga, Nasarawa, for criminal breach of trust.

The convict was sentenced to four months jail term after he pleaded guilty.

The magistrate ordered the release of the truck and advised the company to file a civil case against the goods’ owner.

In another case, a third party truck with Dangote logo was found inside a private company yard in Ode Remo, Ogun, while offloading granite.

The case was reported at the Ode Remo police station which resulted in the arrest of the driver. He has been charged to court.

The consignment, concealed with 900 bags of cement, was intercepted along the Ibeshe road in Yewa North Local Government Area on August 21.