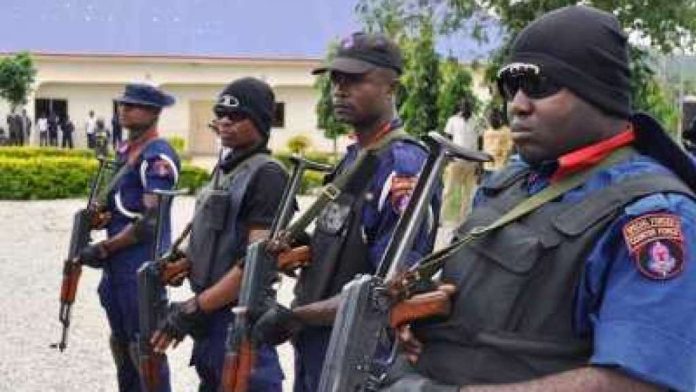 The operatives of Ondo State Command of the Nigeria Security and Civil Defence Corps have arrested 11 people for dealing in adulterated diesel.

According to the corps, the suspects were arrested in Iju Osun Community in the Irele Local Government Area of the state.

Speaking about the arrest at the headquarters of the command in Akure, the state capital, the commandant of the corps, Dr Hammed Abodunrin said the suspects were arrested in the early hours of Sunday, in the coastal area of the state at Iju-Osun where the command has a marine base.

The NSCDC boss continued, ”Eleven suspects have been apprehended at Iju Osun. The items recovered from them include, four wooden boats containing unquantified adulterated petroleum products concealed in cellophane bags, jerrycans containing suspected adulterated Automotive Gas Oil (diesel) while one of the canoes was used as a dump vessel with oil.

Abodunrin declared that the suspects would soon appear in court as soon as investigation was concluded.

“It is a renewed fight against oil theft and economic sabotage. The Federal Government cannot afford to be losing the resources of the country into the hands of few who think they can keep on with their sabotage putting us in trouble every now and then.

“Citizens should be vigilant, they should report strange movements in their communities promptly and together, we can all save our common wealth,” Abodunrin advised.