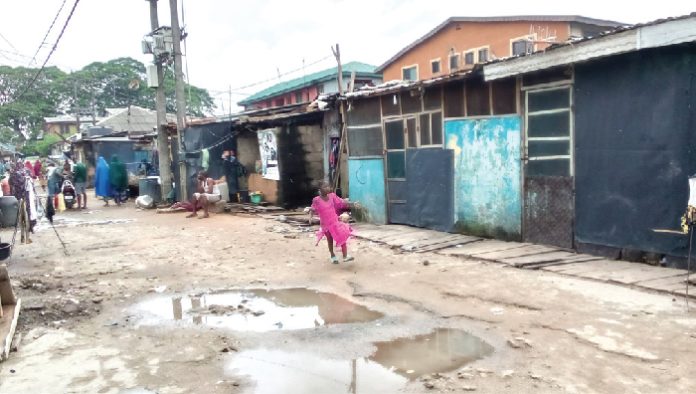 Lagos State Government has issued a fresh warning to owners of all structures on drainage alignments and setbacks to immediately relocate to higher grounds for safety and for easy flow of floods.

The State Commissioner for the Environment and Water Resources, Tunji Bello, who gave the directive yesterday, said the move has become necessary as a result of persistent heavy rainfall leading to flash floods.

Bello added that many of such buildings have already been marked in Mende, Maryland and Aboru in Alimosho for contraventions of drainage alignments and may soon be demolished.

He said that it was regrettable that after several of such warnings, the residents of the areas have refused to move but would rather resort to cheap blackmail of having nowhere to relocate to.

Bello, who spoke against the background of a viral video of some people being rescued in Mende, stressed that the area is a low-lying flood plain as attested to by the ODS markings on all the buildings in the viral video just as it is the drainage route for all the water coming from Agindigbi, Oregun, Opebi, Allen, GRA, Maryland up to Ogudu Foreshore

According to Bello, “Now is the time for the residents of all such areas in the state to hearken to the voice of reason by relocating to safeguard lives and properties.”

While pleading for calm from all residents, he stated that the drainages have the capacity to contain water runoff when the rain stops just as it is happening already.

Bello said the heavy torrential rainfall which started in the early hours of Monday and still continued on Tuesday afternoon has caused flash floods in many areas.

He re-assured residents that “a minimum of four hours after the rainfall ceases, the water level in the lagoon will go down, allowing water from major collectors to flow into it and enabling all flood water that may have inundated our roads and streets to leave the streets.”

Bello also urged residents to bear in mind the constant factor about Lagos which is that is a coastal city with over one-third of its land mass under water.

The Commissioner said part of the proactive measures that the state has embraced is the all-year-round cleaning, clearing and outright construction of drainage channels that have increased their capacity to contain water and silt.

He said the measure had helped in mitigating the effects the flash floods would have had on lives and properties.

He said going by the rainfall projections advisory issued by the Nigerian Meteorological Services NIMET early in the year, Lagos was projected to be among the moderately projected to be affected by flooding this year.

Bello reiterated the dangers inherent in people wadding through floods especially with high currents during rainfalls, warning that people and vehicles could be easily swept away in such situations.