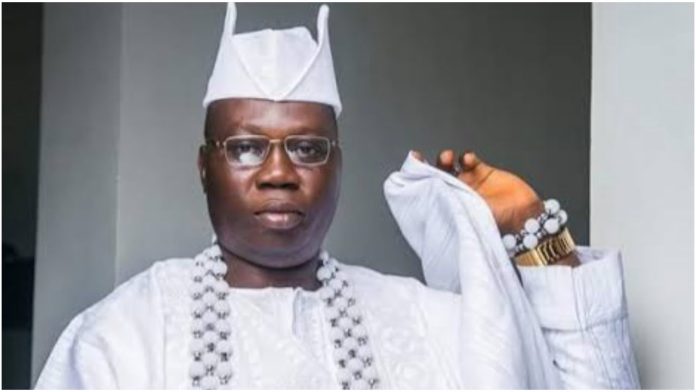 The Aare Ona Kakanfo of Yorubaland, Gani Adams, has revealed that over 90 percent of Diaspora Yoruba people are disenchanted with Nigeria and do not want anything to do with the country again.

The founder of the O’odua Peoples Congress, while addressing a press conference in Lagos, said the Yoruba people in the Diaspora would rather prefer to have a nation of their own instead of living in Nigeria.

Adams said the issue of the Yoruba Nation has not died down as most Yoruba people, both home and abroad are not happy with people like him who are advocating for a restructured Nigeria or a return to regionalism.

“I don’t think the issue of Yoruba nation has died down. Yorubas in the Diaspora are done with Nigeria. They don’t want a country called Nigeria anymore.

“About 90 percent of Yoruba people in the Diaspora don’t want to be associated with anything called Nigeria anymore. Even when people like us talk about the return of the country to regionalism or True Federalism, they don’t like it.

“They will call me and say ‘Aare, why are you still talking about Nigeria when all we want is the Yoruba nation?’ I have to explain to them that you have an option.

“If you want to pull out of Nigeria, it is either through war or you go through a referendum in the United Nation. When we are talking of war, are we ready for war? Are Yoruba people prepared for collateral damages?

“What our forefathers like Awolowo, Jakande, Ajasin, Bola Ige, Onabanjo, Ambrose Alli, and others have built for us, are we ready to destroy it?

“I will be the last person to go against our youths on the issue of Yoruba nation. It is the total liberation of our people. But when you know your people are not ready, you do it gradually. Most of the countries in the world first get their autonomy.

“If the other regions reason enough, we can continue on the basis of regionalism. But if in future, they don’t want to reason, everybody can go his own way,” Adams said.