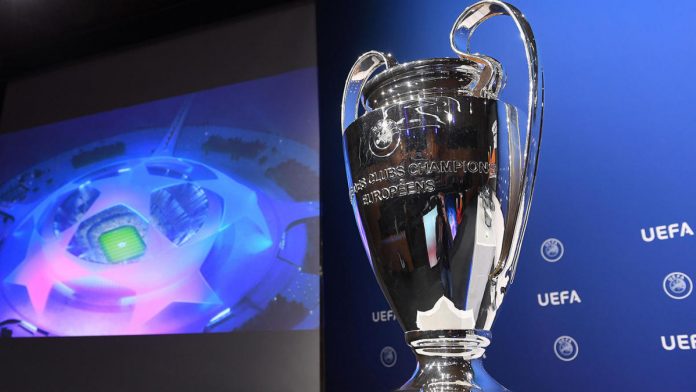 Bayern proved too strong for Barcelona as the German side made it two wins from two on Game Week 2 of the 2022/2023 UEFA Champions League season, a feat somewhat unexpectedly matched (and in some style) by Sporting CP and Club Brugge.

Liverpool too are up and running thanks to Joël Matip’s 89th-minute header against Ajax.

Here are the match highlights, scores and key stats from game week 2.

Joël Matip’s 89th-minute header earned Liverpool victory and ended Ajax’s seven-match winning run in the Champions League group stage. The hosts went ahead when Mohamed Salah fired beyond Remko Pasveer after 17 minutes, dominating the first half until Mohammed Kudus equalised with a thunderous strike three minutes from the break. Pasveer produced a string of saves as the Amsterdammers held out, only for Matip’s late intervention to send the Reds level with their opponents and Napoli on three points.

Key stat: Salah has scored nine goals in his last nine appearances in the group stage.

Club Brugge stunned Porto to start Group B with back-to-back wins. The visitors took the lead when Ferran Jutglà was tripped in the box by João Mário and the former Barcelona man tucked in the penalty. Porto made two changes at the break but they did not have the desired effect as Jutglà teed up Kamal Sowah for a fine second. Andreas Skov Olsen soon added a third before Antonio Nusa slotted in a late fourth on a night to remember for Club Brugge in Portugal.

Leverkusen gave Atlético a taste of their own medicine by scoring two late goals to collect their first points in Group B. A goalless first half gave way to an end-to-end second period in which the home team could have taken the lead much earlier, only for Patrick Schick and Adam Hložek to each hit the woodwork in quick succession. They eventually broke down the stubborn visitors in the closing stages through Robert Andrich’s well-placed shot, before Moussa Diaby finished a textbook counterattack to seal the win.

Key stat: Leverkusen have won five of their last six home games against Spanish clubs in the Champions League group stage, drawing the other.

Edin Džeko scored one and set up another for Denzel Dumfries as Inter made light work of Plzeň. The Nerazzurri dominated from start to finish, with the home side indebted to the excellence of Jindřich Staněk for keeping them in it. He was beaten twice, though, first by Džeko’s unerring first-half finish and then by an unstoppable Dumfries effort midway through the second period. By then Plzeň were down to ten men after Pavel Bucha was shown a straight red card.

Key stat: Džeko ninth goal in six games against Plzeň in UEFA club competition helped Inter become the first Italian side to win away to Plzeň.

Robert Lewandowski endured a disappointing return to his former club as Bayern struck twice in five second-half minutes to take control of Group C. Lewandowski fired an early effort over the bar and saw a header saved, misses that would prove key. Bayern, disjointed in the first half, went ahead when Lucas Hernández headed in from a corner at the near post. Leroy Sané weaved through the away defence moments later to seal a second win for Bayern.

Key stat: Sané has scored in each of Bayern’s last four home games in the Champions League group stage.

The Lions made it two wins from two after a remarkable finale in Lisbon. The teams looked like they were headed for a share of the spoils as they went into the 90th minute goalless, but two late goals from substitutes swung the game irrevocably in Sporting CP’s favour. First Paulinho headed in a corner at the near post to end Hugo Lloris’ stern resistance, before a wonderful solo strike from Arthur Gomes sparked home celebrations.

Key stat: Spurs are six games without an away win in Europe.

Jesper Lindstrøm’s first-half goal was enough to give Frankfurt victory and consign Marseille to back-to-back Group D losses. The Danish international capitalised on an error in the Marseille defence to score the only goal of the contest two minutes before half-time. Lindstrøm was denied a second by a superb Pau López save and Daichi Kamada’s breakaway goal was disallowed for offside. One goal was enough, though.

Key stat: Frankfurt are seven matches unbeaten away from home in European competition, winning six of them.